Last week, John Mellencamp released the second single from his upcoming new album “Sad Clowns & Hillbillies,” which he will support with a U.S. tour this summer. 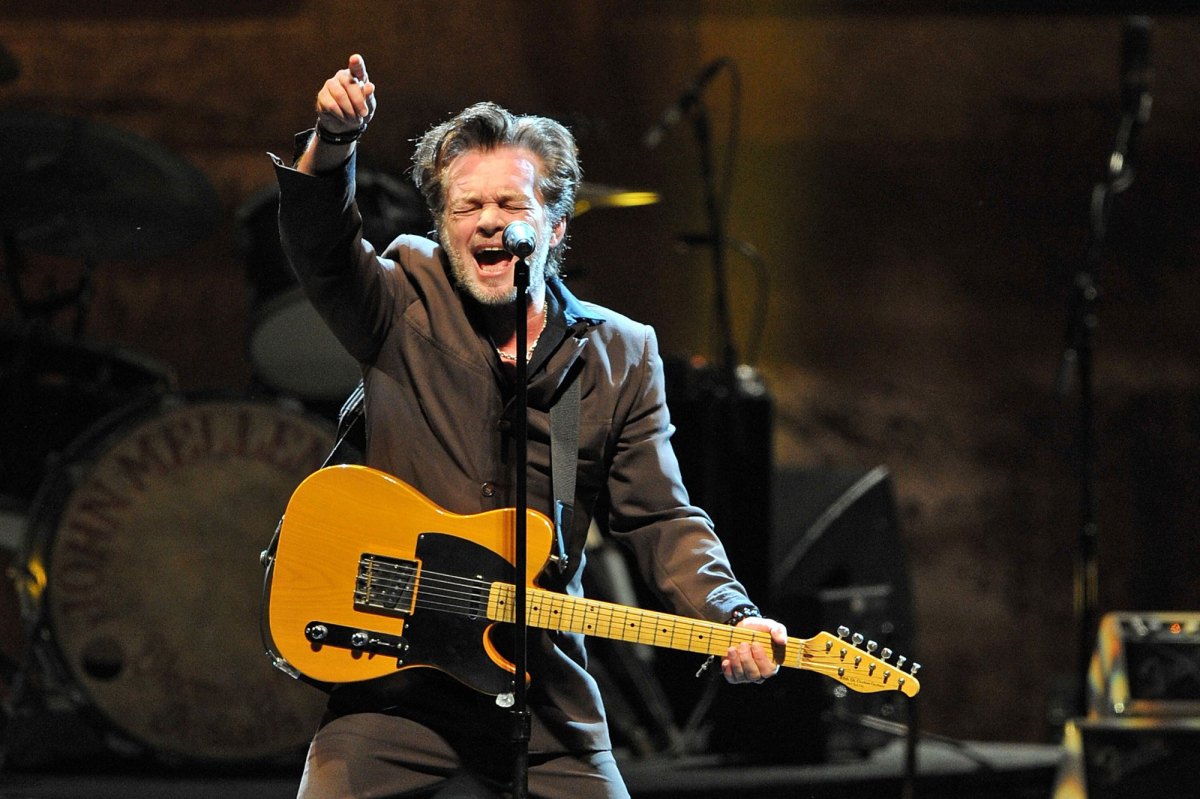 I’ve been a huge fan of John Mellencamp for many years. He’s one of my favorite rock singer-songwriters, along with Bruce Springsteen and Tom Petty. I always enjoy checking out his new music, and so far, I like what I’ve heard from his upcoming new album.

On February 24, the second single from Sad Clowns & Hillbillies appeared. Grandview features country artist Martina McBride. The song is a bit more rock-oriented than much of Mellencamp’s music in recent years. It reminds me somewhat of the American Fool and Scaregrow albums from the 80s.

The first single from the new album, Easy Target, was released on January 19th. The timing on the eve of the Presidential inauguration was not a coincidence. Sung with a raspy voice, the bleak ballad touches on income disparities and mindless shootings of African Americans in the U.S. In a Yahoo! News interview with Katie Couric, Mellencamp characterized the song as “a reflection on the state of the country.”

For much of his now more than 40-year career, Mellencamp has voiced his political opinions through some of his songs, from his criticism of Ronald Reagan in the 80s to the Iraq war in 2003. Together with Willie Nelson and Neil Young, he also started Farm Aid in 1985, which raises awareness of the importance of family farms and has organized concerts almost every year since then. The organization celebrated its 30th anniversary in 2015.

Mellencamp was born in the small town of Seymour, Ind. on October 7, 1951. He still lives in Indiana to this day close to Bloomington on the shores of Lake Monroe.  According to the bio on his web site, Mellencamp was attracted to music at an early age and already was performing in local bars when he was 14.

Mellencamp’s recording career started in 1976 with the release of Chestnut Street Incident under the name of Johnny Cougar. His breakthrough came in 1979 with I Need a Lover from his third studio album John Cougar. Mellencamp’s fifth studio release American Fool brought broad commercial success. It reached no. 1 on Billboard’s album chart, held that position for nine weeks, and became the best-selling record of the year. The records includes the classics Hurts So Good and Jack & Diane.

One of my favorite Mellencamp albums is 1987’s The Lonesome Jubilee. It blends rock with traditional folk and country instruments, creating a warm and rich sound. It was a new style for Mellencamp, which he would continue to embrace on many of his successive records. To me the standouts are Paper in Fire, Check It Out, Cherry Bomb and We Are the People. The album became one of Mellencamp’s most successful releases worldwide.

Apart from writing great songs over so many years, Mellencamp has also done some excellent covers. Two of my favorites are the Van Morrison tune Wild Night, included on the Dance Naked album (1994), and a fantastic version of The Drifters’ hit Under the Boardwalk from 1999’s Rough Harvest. For some reason, until recently, I had pretty much ignored that collection of alternate acoustic versions of Mellencamp tunes and some covers, until a good friend pointed it out. Another highlight on Rough Harvest is an unbelievable cover of Dylan’s Farewell Angelina.

Mellencamp’s summer tour will kick off in Denver on June 5 and after more than 20 gigs conclude on July 11 in Forest Hills, NY. In addition to Carlene Carter, the tour will feature Emmylou Harris and folk pop duo Lily & Madeleine. I saw Mellencamp once about 20 years ago – I believe somewhere in upstate New York. I would love to catch the show at Forest Hills Stadium, a great venue where I also saw The Who a few years ago.

One thought on “Small Town Rocker Gearing Up For More R.O.C.K. in the U.S.A.”