The introduction of the Hammond B-3 in 1954 revolutionized music 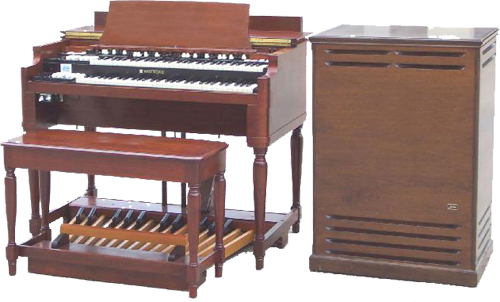 I’ve decided to introduce a new category on the blog I’m calling The Hardware, where I’m going to take a look at instruments and technology that have had an important impact on rock music. Admittedly, my general understanding of technology is limited, so these posts will definitely be a bit of a lift for me. While I anticipate things may become a bit technical at times, I’m certainly not planning to go overboard.

With that being said, I’d like to get started by taking a look at an instrument I’ve admired from the very first time I heard it, which is probably longer than I want to remember: The legendary Hammond B-3 organ.

The Hammond organ was designed and built by American engineers and inventors Laurens Hammond and John M. Hanert and first manufactured in 1935 by the Hammond Organ Company in Chicago. Following the original, the Hammond A, numerous other models were introduced, including the legendary B-3 in 1954.

The Hammond B-3 is a tone wheel organ. These types of organs generate sound by mechanical toothed wheels, that rotate in front of electromagnetic pickups. The B-3 has 91 tone wheels located inside the console. Together with the so-called drawbars, they give the instrument its incredible sound versatility. According to Glen E. Nelson, a “Hammond B-3 can all at once sound like a carnival, a big band, a horn section, a small jazz combo, a funk group, a percussion section, a flute, and/or countless other things.” 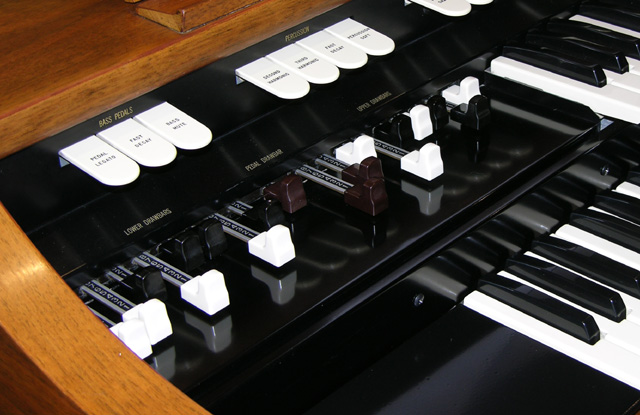 The organ has nine drawbars that represent the nine most important harmonics. “Each drawbar has eight degrees to which it can be literally “drawn” or pulled, out of the console of the organ, the eighth being the loudest, and all the way in being silence,” explains Nelson. The drawbars and the way each can be adjusted individually allow to create an enormous amount of different sounds, such as flute, trumpet or violin-like sounds. 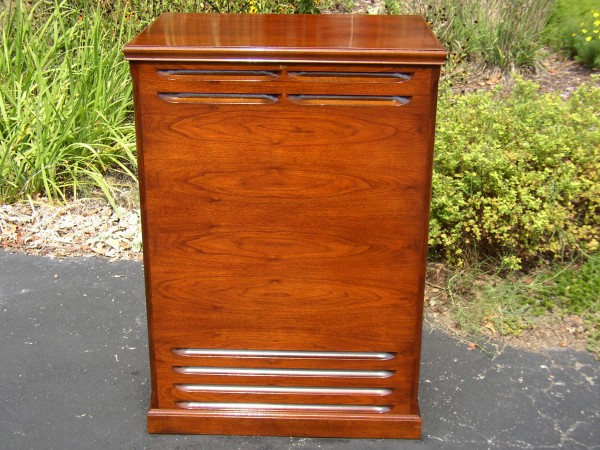 In spite of its impressive size, the B-3 does not have a built in speaker. As such, it needs to be run through a separate speaker, which typically is a Leslie, named after its inventor Donald Leslie. The speaker combines an amplifier and a two-way loudspeaker that does not only project the signal from an electronic instrument but also modifies the sound by rotating the loudspeakers. While the Leslie is most closely associated with the Hammond, it was later also used for electric guitars and other instruments.

Due to its versatility and sound, the B-3 became very popular and has been used in all types of music, whether it’s gospel, jazz, blues, funk or rock. One of the artists who helped popularize the instrument was jazz musician Jimmy Smith. Some of the famous rock and blues musicians who have played this amazing organ include Booker T. Jones, Billy Preston, Keith Emerson, Rick Wakeman, Gregg Allman, Steve Winwood and Gregg Rolie. 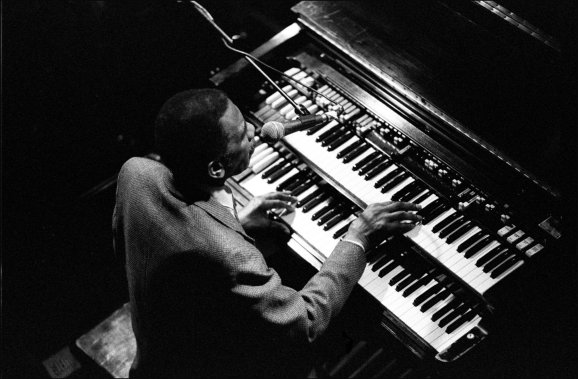 The last original Hammond B-3 organs were manufactured in 1973. The Hammond Organ Company started to struggle financially in the 1970s and went out of business in 1975. The Hammond brand and rights were acquired by Hammond Organ Australia. Eventually, Suzuki Musical Instrument Corporation signed a distribution agreement with the Australian company before purchasing the name outright in 1991 and rebranding it as Hammond-Suzuki.

In 2002, Hammond-Suzuki introduced the New B-3, a re-creation of the original instrument using contemporary electronics and a digital tone wheel simulator. The New B-3 is constructed to appear like the original B-3, and the designers attempted to retain the subtle nuances of the familiar B-3 sound. A review by Hugh Robjohns in the July 2003 issue of Sound on Sound concludes, “the New B3 really does emulate every aspect of the original in sounds, looks and feel.”

Following are a few examples of rock songs that prominently feature a Hammond B-3.

There is perhaps no better way to finish the post than with this amazing presentation of the Hammond B-3 from Booker T. Jones. Watching his joy while playing the instrument and listening to the anecdotes in-between the songs is priceless.

7 thoughts on “The Hardware: The Hammond B-3”