Perhaps no other ’60s band is more closely associated with the chiming sound of the Rickenbacker 360/12 12-string electric guitar than The Byrds. The first time I distinctly noticed its beautiful sound must have been on Mr. Tambourine Man, though the musician who put the 360/12 initially on the map was not Roger McGuinn but George Harrison in early 1964.

Founded in 1931 as Ro-Pat-In Corporation by Swiss immigrant Adolph Rickenbacher and George Beauchamp, later named Electro String and eventually Rickenbacker, the company became a pioneer in electric music instruments. It was the world’s first manufacturer of electric guitars. Initially, the company made electric Hawaiian guitars before starting to produce a large range of electric and bass guitars.

In 1963, Rickenbacker created the first 12-string electric guitar. In early 1964, Frances C. Hall, who had bought the company in the 1940s, met with The Beatles in New York during their first U.S. tour to show them different models. John Lennon checked out a 360/12 but thought it would be better for Harrison, who was sick and didn’t attend the meeting. When Harrison eventually saw the guitar, he liked it right away. His use of the instrument in the motion picture A Hard Day’s Night would give Rickenbacker electric guitars an enormous boost in popularity. 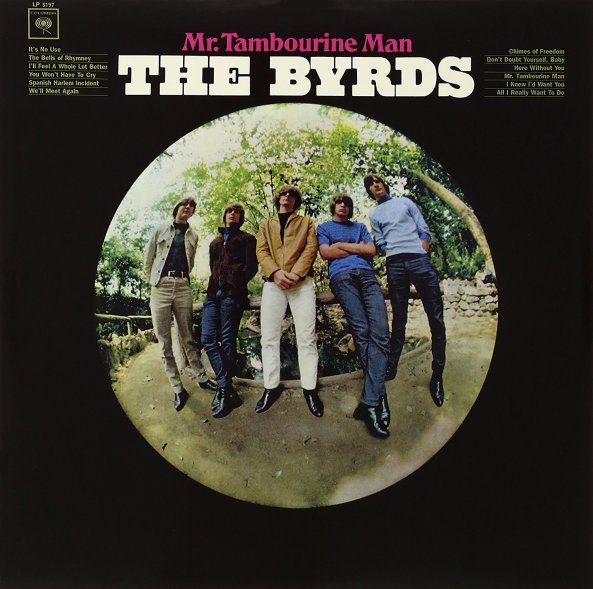 And then, there was of course McGuinn who introduced The Byrds’ chiming signature guitar sound to the music world on the band’s 1965 debut album Mr. Tambourine Man. Coming from a folk tradition and using a 12-string Rickenbacker, McGuinn essentially created folk rock, a new genre at the time.

Asked during an interview with Guitar.com how he came with the jingle-jangle sound, McGuinn explained, “It was a natural process. It wasn’t like we popped it out of the oven fully grown. I was playing folk music and we played a lot of fingerpicking stuff…And when I heard the Rickenbacker 12-string guitar in the movie A Hard Days Night, that’s where I first got the idea to use that [in my music]. And it made a difference in the sound. It was a much cleaner and bigger and fuller sound.” How about a little demo from the maestro on his Roger McGuinn limited edition Rickenbacker 12-string!

As for his preference of the Rickenbacker, McGuinn said, “it sounds different from any other 12-string on the market. I have a Fender 12-string and it sounds completely different even though I put Rickenbacker pickups on it. Maybe it’s the wood or the dimensions of the wood or the semi-hollow-body construction. It could be a lot of different things. But it’s got a distinctive sound. Also they do something different with the stringing. Normal 12-string guitars have an octave string and then the low string. Rickenbacker does it backwards. They have the low string first and then the octave. So the last thing you hear kind of rings out. It’s like you’re picking backwards.”

“Straight away I liked that you knew exactly which string was which,” Harrison said, according to a recent story in Guitar World, adding with other 12-string guitars, “you spend hours trying to tune it.” I’ve never owned a 12-string, but the idea to tune the string pairs in exact octaves and relative to each other sounds pretty challenging to me!

Not surprisingly, the Rickenbacker 360/12 became a very popular guitar. Following are some clips that prominently feature the instrument:

Tom Petty and the Heartbreakers/The Waiting

Okay, this is the second update to this post, so I hope the third version will make a charm! A dear friend brought to my attention this awesome version of If I Needed Someone, one of my all-time favorite Beatles songs, from McGuinn – sounds a bit like So You Want to be a Rock ‘n’ Roll Star meeting Harrison! I have to admit, I almost like it better than the original!