After 30 years The Joshua Tree sounds as fresh as ever

While I have listened to U2 for more than 30 years and heard more than once how terrific their live performances are, I had not been to one of their shows. The Joshua Tree is my favorite U2 album, so when I read about the band’s summer tour to celebrate the record’s 30th anniversary, I knew the time had come to finally see them. So I did Thursday night at MetLife Stadium in East Rutherford, N.J. And what an amazing show it was!

Things kicked off with The Lumineers. I know next to nothing about this folk rock band hailing from Denver, but I definitely liked what I heard. I only recognized one song, Ho Hey, which became a hit for the band in 2012 and was the lead single from their eponymous album released the same year. Their set included 11 other songs – some additional tunes from their debut album and some tracks from the 2016 follow-up, Cleopatra.

Lead vocalist and guitarist Wesley Schultz, who together with Jeremiah Fraites (drums, percussion) writes most of the band’s songs, has a great voice. Cellist and vocalist Neyla Pekarek rounds out The Lumineers, adding an interesting flavor to the band’s sound. I am planning to check them out more closely. 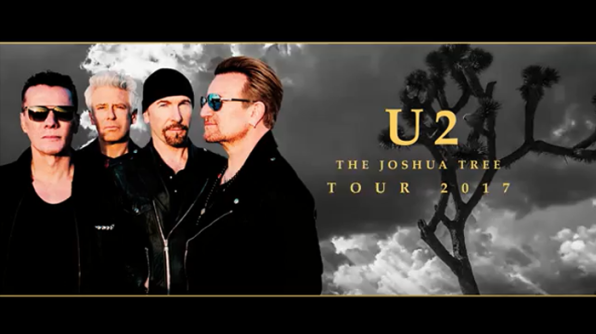 After about an hour and a half into the evening, U2 finally took the stage. With Sunday Bloody Sunday and New Year’s Day, Bono, The Edge, Larry Mullen and Adam Clayton made it clear from the get-go they mean business. Both tunes are from War, their third studio album from 1983, and are among my favorite early U2 songs. Next came two tracks from the 1984 follow-up The Unforgettable Fire: Bad and the epic Pride (In the Name of Love).

And then it was time for The Joshua Tree album, U2’s fifth studio album from 1987. They played all of its tracks and in the same order. This is a truly great record. In addition to its three big hits Where the Streets Have No Name, I Still Haven’t Found What I’m Looking For and With or Without You, the album has numerous other gems. These include Bullet the Blue the Sky, Running to Stand Still, In God’s Country, Trip Through Your Wires, One Tree Hill and especially Red Mill Mining Town. By the time you’ve listened to the aforementioned songs, you’ve listened to almost the entire album!

After performing all 15 tracks for The Joshua Tree, U2 came back for a nice encore, playing seven more songs. Highlights included Beautiful Day (All That You Can’t Leave Behind; 2000), Vertigo (How to Dismantle an Atomic Bomb; 2004), Mysterious Way and One (both Achtung Baby; 1991).

In early June, a 30th anniversary edition of The Joshua Tree album was released in several formats. In addition to the original studio record, the deluxe editions include a live recording of a 1987 concert at Madison Square Garden in New York. I listened to it earlier today and have to say U2 on Thursday night sounded pretty darn close to that recording from 30 years ago.

10 thoughts on “U2 Rocks MetLife With Epic Performance”