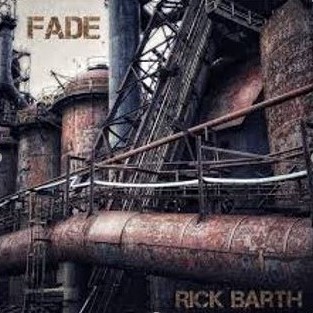 I met Rick Barth in June 2018 and at the time wrote about his 2015 debut album Hand Me Down Soul. Now the singer-songwriter from Budd Lake, N.J. is out with his second record titled Fade. It’s a nice continuation of his acoustic-oriented rock, singer-songwriter ballads, as well as country and roots-oriented music.

While Barth has been performing on the New Jersey music scene as a solo artist and a member of various bands and duos for about three decades, he only decided to start writing his own music less than 10 years ago. His named influences include Butch Walker, Ryan Adams, John Lennon, Ryan Bingham, Tom Petty, Michael Trent, Jason Isbel and Parker Milsap. I can also hear traces of John Mellencamp, Bruce Springsteen and Steve Earle.

Let’s get to some music. I’d like to kick things off with the opener We Had Fun (Didn’t We?). Like all other tunes on the album, the song was written by Barth.

Next up is the title track featuring nice pedal steel guitar accents.

A vocal highlight on the album is Shine, in my opinion, where Barth’s voice beautifully blends with backing vocalist Louise Trezza.

Here is another tune I like: Stranger Things. Check out the nice dobro work!

The last track I’d like to call out is Change, a country song that to me is perhaps the musical highlight of the record. I dig the beautiful violin playing and the pedal steel guitar, which sound great together. This is perhaps somewhat ironical coming from a guy who used to say he doesn’t like country. Oh well, it just goes to show again that genres don’t need to define great music.

Fade was produced by Barth and Dunham and recorded at Rifftide Studio in Ledgewood, N.J. Dunham also served as recording engineer. The album is available on streaming platforms and since yesterday on CD through Barth’s website. By the way, the picture on the cover shows the former Bethlehem Steel plant in Bethlehem, Pa., which during its heyday was one of the world’s largest steel producers.