When somebody asks me whether I like David Bowie, my spontaneous answer is ‘yes.’ But what I mostly mean is Bowie’s early phase spanning the albums Space Oddity (1969) to Diamond Dogs (1974), especially the “Ziggy Stardust” era. I was reminded by this last night when I saw STARMAN, an excellent Bowie tribute, at a small local performance venue in Jersey. You can check them out here. While they played deep cuts and hits from most of his career, I mostly dug the tunes from the above mentioned time period. The gig inspired this playlist, which more narrowly focuses on the Ziggy period.

Bowie launched the Ziggy Stardust persona on February 10, 1972, when he played the Toby Jug pub in Greater London with his backing band Spiders From Mars: Mick Ronson (guitar), Trevor Bolder (bass) and Mick Woodmansey (drums). His love of acting led to total immersion in the stage characters he created. The Ziggy Stardust shows proved to be very popular and turned Bowie into a superstar and cult figure in the U.K. But there was also a dark side to Ziggy that almost cost Bowie his sanity. 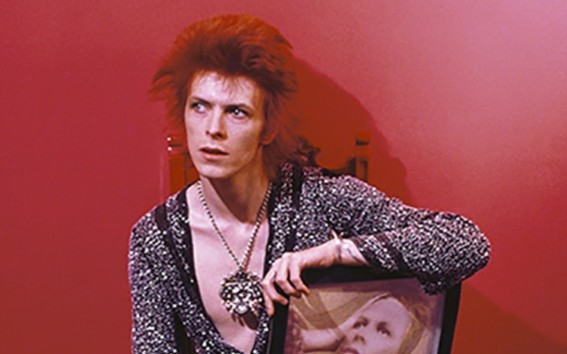 According to Wikipedia citing Bowie: Loving the Alien, a biography by Christopher Sandford, Bowie said that Ziggy “wouldn’t leave me alone for years. That was when it all started to go sour … My whole personality was affected. It became very dangerous. I really did have doubts about my sanity.” On July 3, 1973, Bowie retired Ziggy Stardust on stage at the Hammersmith Odeon in London.

Time for some music. I’d like to kick off this playlist with Starman, the lead single to Bowie’s fifth studio album The Rise and Fall of Ziggy Stardust and the Spiders from Mars. It appeared ahead of the record in April 1972. The song was a late addition to the album. When Dennis Katz from RCA heard a demo of the tune, he saw a hit and insisted that it be added. The track replaced a cover of the Chuck Berry tune Round And Round. Here’s a clip of Bowie’s performance of the tune on the BBC music TV program Top of the Pops from July 1972. It boosted the chart performance of both the single and the Ziggy Stardust album, which had come out a month earlier.

Suffragette City is another great tune from the Ziggy Stardust album. It also was released seperately as the B-side to the Starman single. Before recording it, Bowie offered the song to Mott the Hoople, if they would abandon their planned breakup. The band declined and instead recorded Bowie’s All The Young Dudes. It gave them a no. 3 single in the UK Singles Chart and extended their life until 1980.

In September 1972, Bowie released John, I’m Only Dancing, a non-album single. According to Songfacts, the tune is about a homosexual relationship where the narrator tells his boyfriend not to worry about a girl, since he is only dancing with her. Another interpretation is that Bowie wrote the song in response to John Lennon who had made a derogatory remark about Bowie’s cross-dressing. While the single’s topic did not impact radio play in the U.K., the official video directed by Mick Rock was banned by Tops of the Pops. Here’s a clip of that outrageous video!

Next up: Panic In Detroit, a tune from Aladdin Sane, Bowie’s sixth studio album. It is the second and last record that fell into the Ziggy Stardust era.

I’d like to wrap up this playlist with a cool clip from the above Hammersmith Odeon gig, the final Ziggy Stardust show: The Jean Genie, another song from Aladdin Sane, and Round And Round, the previously noted Chuck Berry tune that was removed from the Ziggy Stardust album at the last minute to make room for Starman. Bowie and the Spiders From Mars got some help from a formidable guest: Jeff Beck! Unfortunately, the quality of the video isn’t great, so it’s hard to see Mr. Beck in action, but the sound isn’t bad!