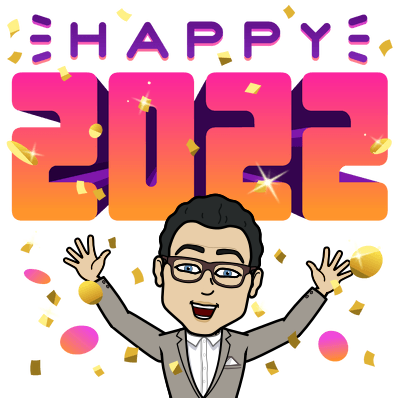 The time has come again for the final post of the year – wow! As I previously said around Christmas, it would be easy to launch into a tirade. In fact, just over the past few days, I had two costly misfortunes. While it’s frustrating, that’s life and shit happens!

Plus, my grievances look rather trivial compared to the things other folks have gone through over the past year. As such, I feel I should be grateful for what I have. Instead of venting, I’d like to highlight a few songs that have a new year’s theme. You can find some additional tunes in the playlist at the end. Hope you enjoy!

The Breeders are an alternative rock band from Dayton, Ohio, who initially were formed in 1989. New Year is a tune off their sophomore album Last Splash from August 1993 – appropriately titled, as it turned out since the group went on a hiatus in 1995 and didn’t release their next album until May 2002. The Breeders are still around with two original members including founder Kim Deal being part of the present lineup.

New Year’s Day is a tune by country singer-songwriter Charlie Robison. He was active from 1996 until his early retirement in 2018 due to complications from a surgery that left him permanently unable to sing. Robison recorded New Year’s Day for his fourth studio album Good Times that appeared in September 2004.

What Are You Doing New Year’s Eve? was written by American songwriter Frank Loesser in 1947. R&B group The Orioles took it first to the charts in 1949. Subsequently, the tune has been recorded by many other artists including Ella Fitzgerald for her 1960 album Ella Wishes You a Swinging Christmas. A classic!

When high-energy boogie-blues artist George Thorogood does a party song, you know it’s gotta be good, g-g-g-good! Written by Thorogood, the tune became the b-side of his 1983 single Rock and Roll Christmas. Instead of blues rock, the tune has a nice soul vibe.

G. Love & Special Sauce, according to Wikipedia, are an alternative hip hop trio from Philadelphia, “known for their unique, “sloppy”, and “laid back” blues sound that encompasses classic R&B.” Happy New Year’s Blues is from their new album Coming Back Home for Christmas that came out on November 26. In fact, I saw this trio open for Hall & Oates in September 2019. Their music definitely is much more blues than hip hop and quite fun to watch!

The last new year-related song I’d like to highlight is New Year’s Resolution. This nice soul tune appeared on King & Queen, a studio album by Otis Redding and Carla Thomas, which came out in March 1967.

Check the playlist below for the above tunes and a few additional new year’s songs.

Last but not least, I’d like to thank all visitors of this blog for reading, especially my fellow bloggers who keep coming back and take the time to leave comments. Not only do I find it a lot of fun to discuss music, a topic I love, but I’m also grateful for the insights I learn from those who share their thoughts and tips. Reading their blogs is very rewarding as well and definitely has inspired more than one idea.

The show must and will go on in the new year. I’m looking forward to it!

I’d like to wish everybody all the best for 2022 and please stay well!