Cheering you up for a dreadful Wednesday, one song at a time 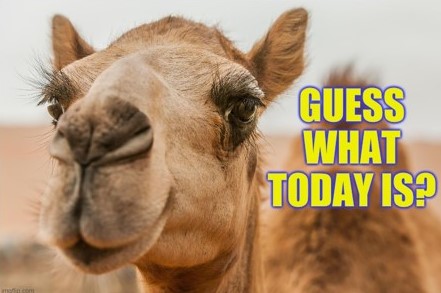 For those of us taking care of business during the regular workweek, I guess it’s safe to assume we’ve all felt that dreadful Wednesday blues. Sometimes, that middle point of the workweek can be a true drag. But help is on the way!

Today, the music doctor prescribes sweet soul music. Directions: If you are seated and having your morning coffee, put the cup aside. Get up, snap your fingers and start groovin’ and movin’ nice and easy. And, yes, it’s all right to sing, which may yield additional benefits, though you may want to make you’re all by yourself, just in case!

It’s All Right first appeared on the eponymous debut album by Chicago soul outfit The Impressions, released in August 1963. The tune, written by the group’s lead vocalist Curtis Mayfield, also appeared separately as a single in October that year. It reached no. 4 on the Billboard Hot 100, the first of the group’s two top ten hits on the U.S. mainstream chart.

According to Songfacts, A conversation between lead singer Curtis Mayfield, baritone Sam Gooden, and tenor Fred Cash in between performances in Nashville served as inspiration for the song. The trio had recently teamed up with producer Johnny Pate and were excitedly talking about future possibilities for The Impressions when Fred Cash exclaimed that “it’s all right!” Mayfield picked up on the phrase and wrote this tune.

Perhaps not surprisingly, the uplifting song has been covered by many other artists, such as jazz pianist Wynton Kelly, Tommy James and the Shondells, Etta James, Steve Winwood and the band that with an amazing a cappella rendition brought It’s All Right to my attention first many years ago: Huey Lewis and the News.

The following playlist features the original and some of the great covers that have subsequently appeared.

5 thoughts on “The Hump Day Picker-Upper”