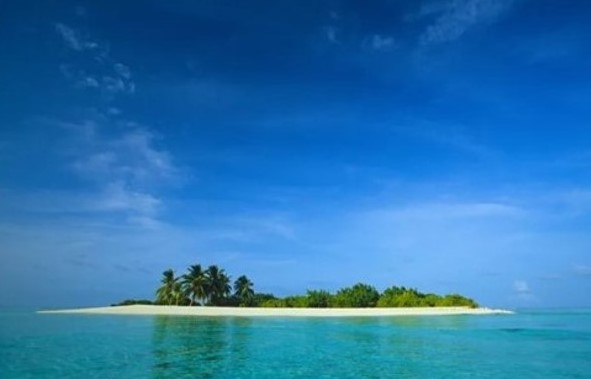 Over the past six months, I’ve presented songs I would take with me on an imaginary trip to a desert island. There were some rules to the exercise. It needed to be a tune by a band or artist I had only rarely written about or even better not mentioned at all to date. And my picks needed to occur in alphabetical order by band or artist name (last name).

Last week, I finally reached the letter “z.” Of course, I could have started over with “a” but felt that 26 songs picked according to the above criteria were enough – as attractive as I find the thought to escape to a desert island on hump day! For today’s post, I thought it might be fun to present a playlist featuring all of my previous 26 selections.

While undoubtedly my choices would have been different, had it not been for the above restrictive rules, I’m still quite happy with my picks and this playlist. Following I’m briefly revisiting four of the tunes. At the end of the post, you can find all 26 of them in a Spotify playlist.

I’ve always loved Spooky by Atlanta Rhythm Section, so it was an easy decision to highlight this tune a second time. Originally, the song was written as an instrumental by saxophonist Mike Shapiro and Harry Middlebrooks Jr. Performed by Shapiro and released under the name Mike Sharpe, the track first appeared in 1967. The song’s next iteration occurred in 1968 when a band called Classics IV included it as the title track of their debut album and added the lyrics. Finally, Atlanta Rhythm Section recorded Spooky for their eighth studio album Underdog, which came out in June 1979. It became one of their best-known tunes and one of four top 20 singles they had in the U.S.

Los Lobos/Kiko and the Lavender Moon

Kiko and the Lavender Moon is perhaps the coolest tune I discovered in the course of this desert island song selection exercise. I’m still relatively new to Los Lobos and found that track while doing some research. Written by the band’s co-founding members David Hildago (guitars, accordion, violin, banjo, piano, percussion, vocals) and Louie Pérez (drums, vocals, guitars, percussion), the song was included on their sixth studio album Kiko released in May 1992.  It’s an unusual tune with traces of retro jazz and a dose of Latin groove – pretty neat!

Another song I had loved for a long time but not covered prior to this feature is Back Stabbers by The O’Jays. There’s just something about smooth Philly soul sound! Back Stabbers, co-written by Philadelphia International label songwriters  Leon Huff, Gene McFadden and John Whitehead, is the title track of The O’Jays’ sixth studio album. Released in August 1972, it was their breakthrough and the first for Philadelphia International Records, a label that had only been founded in 1971. Check out the sweet harmony singing on that tune – sounds a bit like The Temptations!

“Forced” to pick a band or artist whose name starts with “x”, I’m glad I finally got to take a look at XTC, a group I essentially had known by name only. And because of one tune: Making Plans For Nigel. The song was written by Colin Moulding (bass, vocals), one of XTC’s founding members. It first appeared in August 1979 on the group’s third studio album Drums and Wires. The following month, it became the record’s lead single and marked the band’s commercial breakthrough. Even though I find this tune somewhat odd, I think it’s quite ingenious!

And here’s a Spotify playlist of all previously selected 26 desert island tunes. Even though it’s safe to assume you wouldn’t pick many or perhaps even any of these tracks to take with you to an island in the sun, I hope you still enjoy the playlist.

21 thoughts on “If I Could Only Take One”