What you always wanted to know about that tune 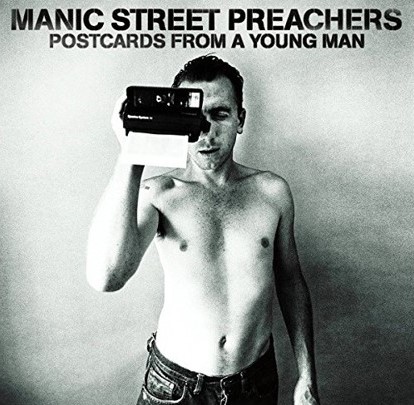 Today, I’m introducing a new recurring feature ingeniously titled Song Musings, in which I take a closer look at, yes, you correctly guessed it, specific songs. It can pretty much be any tune, new or old or in-between, as long as I haven’t covered it to date. This series replaces the If I Could Only Take One desert island song feature, which I finally wrapped up last week.

For my inaugural Song Musings post, I picked A Billion Balconies Facing the Sun by Welch rock band Manic Street Preachers. ‘Why that song?’ you may wonder. Because I came across it while browsing Songfacts, which I have a feeling is going to serve as a key source for Song Musings. I can’t possibly come up myself with different tunes all the time!

A Billion Balconies Facing the Sun was composed by Manics vocalist James Dean Bradfield and the band’s drummer Sean Moore, with lyrics by bassist and vocalist Nicky Wire. It appeared on their 10th studio album Postcards from a Young Man. I’m surprised this great tune didn’t become a single!

Manic Street Preachers, aka the Manics, were formed in 1986 at Oakdale Comprehensive School, Blackwood, South Wales, which all the band members attended. Bradfield and Moore were part of the initial line-up, which also featured Miles “Flicker” Woodward on bass. Three years later, they were joined by Richey Edwards (rhythm guitar, backing vocals).

That line-up recorded the band’s debut album Generation Terrorists released in February 1992. It received some favorable reviews and reached an impressive no. 13 on the British albums chart. Each of the next four albums climbed to even higher chart positions until the Manics hit no. 1 with their fifth album This Is My Truth Tell Me Yours, their most successful to date, which also performed strongly outside of Britain.

Manic Street Preachers are still around, with Bradfield, Wire and Moore remaining as the band’s core line-up. Their 14th and most recent album The Ultra Vivid Lament came out in September last year.

Following are some additional tidbits on A Billion Balconies Facing the Sun by Songfacts:

The song title is taken from a passage in writer J.G. Ballard’s 1996 novel, Cocaine Nights. Ballard wrote: “A billion balconies facing the sun; still, it means a final goodbye to wars and ideologies. But how do you energize people, give them some sense of community? A world lying on it’s back is vulnerable to any cunning predator.”

Guns N’ Roses bassist Duff McKagan guests on this track. Bassist Nicky Wire told Q magazine: “We were derided for wearing Guns T-shirts when we first moved to London, but they were such an important group for us growing up.”

“A Billion Balconies Facing the Sun” was previously used in 2008 by American rock band God Fires Man as the title of their debut album.