This blog is about exploring great music. Since I started listening in the mid-seventies, music has become my big passion. First came the radio, followed by my older sister’s vinyl records. Then I started buying my own records and spending endless hours taping stuff on music cassettes from other records and my favorite radio shows. From there it didn’t take long to get to the next level, which was learning the guitar and the electric bass, and playing the latter in two bands in my late teens and early twenties.

Fast-forward some 40 years until today. While I haven’t been an active hobby musician in close to 30 years, I’m still as crazy about music as back then. Nowadays, it’s primarily listening to music and for the past few years increasingly going to concerts – and, of course, writing this blog! Every now and then, when I grab my guitar or see some band perform live, I still feel the itch to resume playing music actively until reality sets in: my family, my job and mortgage, etc.

My primary focus is music from the 60s and 70s. In addition, I’ll always have a weak spot for the ‘80s, the decade when I grew up. While my general preferences are 60s rock and pop, classic rock, soul and blues, to me great music can come in many styles, as long as it involves true craftsmanship: real instruments and real vocals. It also needs to have real soul to touch me. And if in addition to all of that, great lyrics are part of the mix, even better!

Since I started writing the blog in June 2016, I’ve increasingly realized that music is a never-ending journey, which in part is what I love about it. As George Harrison once wisely sang, “The farther one travels/The less one knows/The less one really knows.” So true!

While after all I’ve done I’ve probably gained some insights, I’m far from being some music encyclopedia, a musicologist or music critic, nor do I have any such aspirations. Therefore, I don’t do paid reviews. I generally also don’t write about music I don’t like. While I occasionally mention music-related products and brands, I’m not paid by anybody and don’t seek any such payments. Unless stated otherwise, all expressed opinions are mine.

Thanks for visiting, and feel free to leave comments! You can also follow me on Twitter at my music-dedicated handle @ChristiansMusi2. 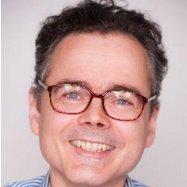