A two-part feature looking back at music of the decade 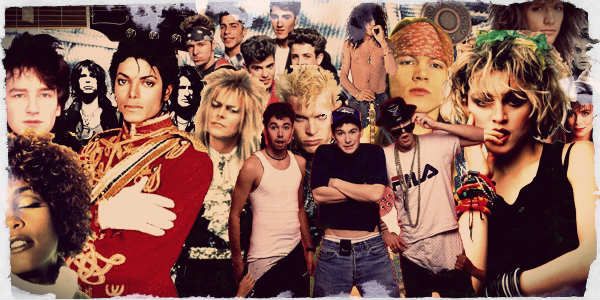 I’ve mentioned my weak spot for ’80s music on a few previous occasions. My taste has since evolved, and I now find myself wondering more often than not how I could have liked certain songs as much as I did back then. Well, obviously, I was a lot younger (though of course, I’m still young at heart!), and that music was all around me. It also triggers memories of school, parties, the first vacations with friends (and without my parents or any adults for that matter), the first hangover…in other words, it really was the soundtrack of growing up – okay, call me a sentimental fool!

This morning, I rode the car with my wife and put on Duran Duran’s Rio album – she loves ’80s, so it was all her fault! 🙂 Anyway, listening to this 1982 record gave me the idea to reflect on music and some related events from that decade. Since it’s a big topic, I figured it would be best to divide my thoughts in two parts. Obviously, it’s still not possible to make this all-inclusive, so I’m going to be arbitrary and selective, focusing on things that are meaningful to me. Here’s part I spanning 1980 to 1984. 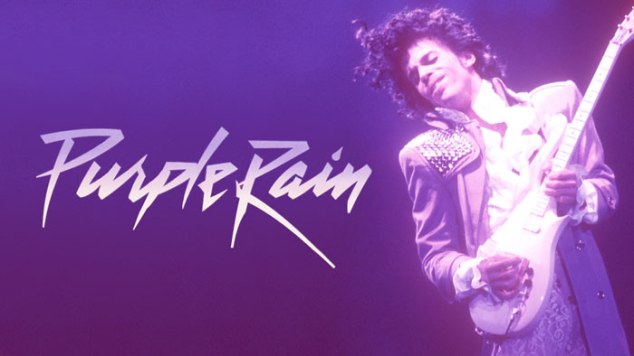 Some of the first things that come to my mind when thinking about the ’80s are Madonna, Michael Jackson, Prince, the death of disco, new wave, the advent of the CD, hair metal bands and Live Aid. Of course, I could add many other buzz words, e.g., music videos. At the time, we didn’t have cable or satellite television at my house back in Germany, so I missed out on MTV and VH1. In fact, believe or not, it wasn’t until 1993 when I first came to the U.S. that I watched VH1 and kind of got hooked, especially on their Behind The Music documentaries. For some reason, I never warmed to MTV.

Some of the events I’d like to call out are Paul McCartney’s arrest in Tokyo for marijuana possession, which resulted in the cancellation of the remaining Wings tour that year (Jan 16); launch of Pink Floyd’s The Wall tour in Los Angeles (Feb 7); release of Back In Black, AC/DC’s first album with Brian Johnson who had replaced original lead vocalist Bon Scott (Jul 25); death of Led Zeppelin drummer John Bonham (Sep 25); and murder of John Lennon who was shot by deranged Mark David Chapman in front of his Manhattan residence after returning from the recording studio with Yoko Ono (Dec 8).

The biggest hit singles of the year were Another Brick In The Wall (Part 2) (Pink Floyd), Woman In Love (Barbara Streisand), (Just Like) Starting Over (John Lennon), Funkytown (Lipps) and Upside Down (Diana Ross). I dug all of these songs at the time. While from today’s perspective my favorite is the Lennon tune, the track I’d like to highlight in a clip is Call Me by Blondie. Co-written by Debbie Harry and producer Giorgio Moroder (remember that guy?), the song was released as a single in February that year and was also included on the soundtrack for the 1980 picture American Gigolo. It became the band’s biggest hit, topping the Billboard Hot 100, as well as the charts in the U.K. and Canada, and scoring in the top 20 in many other countries.

Notable events include the release of Face Value, the first solo album by Phil Collins – like it or not, the Genesis drummer was just everywhere in the ’80s – with Genesis and solo! (Feb 9); first break-up of Yes (Apr 18) only to reunite less than two years later and release their biggest-selling album 90125; U2’s television debut in the U.S. on the NBC late night program The Tomorrow Show (Jun 4); official launch of MTV in New York (Aug 1); Simon & Garfunkel’s free reunion concert in the Big Apple’s Central Park, drawing more than 500,000 visitors – no disputes over crowd attendance here! (Sep 9 ); and Rod Stewart show at Los Angeles Forum, broadcast live via satellite and watched by an estimated 35 million people worldwide – the first such broadcast since Elvis Presley’s 1973 Aloha From Hawaii special.

The top 5 hit singles of the year were Bette Davis Eyes (Kim Carnes), Tainted Love (Soft Cell), In The Air Tonight (Phil Collins), Woman (John Lennon) and Stars On 45 Medley (Stars On 45). Again, to me the Lennon tune holds up the best, though I also still like Bette Davis Eyes and have to admit In The Air Tonight is kind of cool. Even though I feel I’ve been over-exposed to Collins, I admit he’s done some good songs. Here’s a clip of Down Under by Men At Work. Co-written by Colin Hay and Ron Strykert, and released in October, the song was the second single from the band’s debut album Business As Usual that appeared the following month. It was cool then, and I still dig this tune.

Perhaps most notably, the year saw the debut of Madonna with Everybody (Oct 2), the lead single from her first eponymous 1983 studio record, as well as the release of Michael Jackson’s Thriller album (Nov 30), which remains the world’s best-selling record to date. Some of the other events include the death of comedian and Blues Brothers vocalist John Belushi (March 5); premiere of Pink Floyd – The Wall, a film adaptation of the band’s 1979 album with the same title, at the Cannes Film Festival in France; and start of CD mass production by Dutch technology company and disc co-inventor Philips in Langenhagen near Hanover, Germany (Aug 17).

Eye Of The Tiger (Survivor), Down Under (Men At Work), I Love Rock ‘N’ Roll (Joan Jett & The Blackhearts), Come On Eileen (Dexys Midnight Runners) and Ebony And Ivory (Paul McCartney & Michael Jackson) were the biggest hit singles that year. Below is a clip of Come On Eileen, which appeared as a single in June. Co-written by Kevin Rowland, Jim Paterson and Billy Adams, the song was also included on the band’s second studio album Too-Rye-Ay, released the following month. I always found it cool how the catchy tune blended elements of Celtic folk with pop music.

On March 2, CDs started to go on sale in the U.S., following their initial release in Japan the previous October. Some of the year’s other events in music include the debut of Let’s Spend The Night Together in New York, a film documenting the 1981 North American tour of The Rolling Stones (Feb 11); release of U2’s third studio album War, which debuts at no. 1 in the U.K. and features their first international hit single New Year’s Day (Feb 28); release of David Bowie’s commercially most successful studio album Let’s Dance (Apr 14); unveiling of Kiss’s faces without their make-up for the first time on MTV (Sep 18) – yes, I do seem to recall that seeing their actual faces was a pretty big deal at the time!; and Quiet Riot’s Metal Health, the first heavy metal album to top the Billboard 200 (Nov 26).

The biggest hit singles of the year: Karma Chameleon (Culture Club); Billie Jean (Michael Jackson); Flashdance…What A Feeling (Irene Cara); Let’s Dance (David Bowie) and Every Breath You Take (The Police). Did I have all these songs? You betcha – in fact, I still do, mostly somewhere on music cassettes! Here’s Billie Jean, written by the King of Pop himself, and released as the second single from the Thriller album in January 1983.

Some of the happenings in the music world that year: Announcement from BBC Radio 1 DJ Mike Read of this refusal to play Relax by Frankie Goes To Hollywood due to its suggestive lyrics (Jan 11), a ban that was put in place by the entire BBC around the same time – in a clear illustration that something forbidden oftentimes tends to make it more attractive, only 10 days later, the tune stood a no. 1 on the Official Singles Chart in the UK; death of one of the greatest soul artists, Marvin Gaye, who following an argument was killed by his own father with a gun he had given to him as a Christmas present the previous year (Apr 1); release of Prince’s sixth studio album Purple Rain (Jun 25), the soundtrack to the 1984 film of the same name – one of his most successful records and the third-best-selling soundtrack album of all time, exceeding more than 25 million copies sold worldwide; and the first annual MTV Music Awards held in New York, where Madonna raised some eyebrows with a racy performance of Like A Virgin (Sep 14) – Madonna being controversial?

The biggest hit singles of 1984 were Careless Whisper (George Michael), I Just Called To Say I Love You (Stevie Wonder), Wake Me Up Before You Go-Go (Wham!), Girls Just Want To Have Fun (Cyndi Lauper) and Relax (Frankie Goes To Hollywood). Since I was a good boy and never listened to Relax and Like A Virgin, here’s a clip of Borderline, a song from Madonna’s debut record. On a more serious note, the tune that was written by producer Reggie Lucas still is one of my favorite Madonna songs. It became the album’s fifth and last single released in February 1984, peaking at no. 2 in the U.K. and reaching no. 10 in the U.S., less successful than the scandalous Like A Virgin!