A playlist of some of my favorite remakes 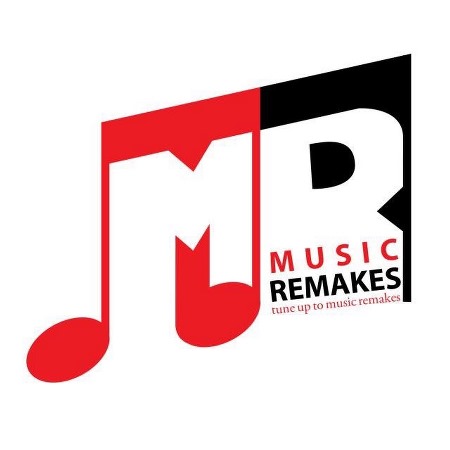 Lately, I’m somehow in the mood of compiling lists: first car songs, then train tunes and now remakes. Given how much I enjoy listening to great covers, it’s a surprise I didn’t do this list first!

In general, remakes I like fall into two categories: A version that changes the character of a song, essentially turning it into a new tune. Perhaps the best example I can think of is Joe Cocker’s version of The Beatles’ With a Little Help From My Friends. Or it simply can be a remake of a tune that stays true to its original – nothing wrong with that, especially if it’s a great song! One terrific example I came across recently is Roger McGuinn’s cover of If I Needed Someone, one of my favorite Beatles tunes. I know, again the Fab Four – I just can’t help it!

Obviously, it won’t come as a big surprise that both of the above tunes are on my list. Here is the entire compilation.

With a Little Help From My Friends/Joe Cocker

Not only credited to John Lennon and Paul McCartney by actually also written collaboratively by the two, With a Little Help From My Friends first appeared in May 1967 on Sgt. Pepper’s Lonely Hearts Club Band. It was one of only a handful of Beatles tunes featuring Ringo Starr on lead vocals. Cocker’s version came out two years later as the title song of his debut album.

Written by American songwriter Boudleaux Bryant, Love Hurts was first recorded by The Everly Brothers in July 1960. In 1975, Scottish hard rock band Nazareth turned the tune into an epic power ballad, including it on their sixth studio album Hair of the Dog. It’s another great example of a remake that completely changed the character of the original tune.

Under the Boardwalk was first recorded by The Drifters and released as a single in June 1964. The song was created by songwriters Kenny Young and Arthur Resnick. Perhaps the best known cover of the tune is from The Rolling Stones, which was included on their second U.S. record 12 X 5 released in October 1964. While I like the Stones version, I think John Mellencamp did an even better remake for his 1999 studio album Rough Harvest.

Pinball Wizard is one of my all-time favorite tunes from The Who. Written by Pete Townsend, it was released as a single in March 1969 and also included on the Tommy album that appeared two months thereafter. The one thing I always felt about The Who’s version is that it ended somewhat prematurely. Enter Elton John and his dynamite, extended cover for the rock opera’s 1975 film adaption.

One of the most beautiful ballads of the 60s, Stand By Me was written by Ben E. King, together with the songwriter powerhouse of Jerry Leiber and Mike Stoller. The tune was first released by King as a single in 1961 and also later included on his 1962 studio album Don’t Play That Song. One of my favorite remakes is John Lennon’s version, which he included on his sixth studio album Rock ‘n’ Roll released in February 1975.

If I Needed Someone/Roger McGuinn

Written by George Harrison, If I Needed Someone was included on The Beatles’ sixth studio album Rubber Soul from 1965. Harrison played his Rickenbacker 360/12 to record the tune, which he had first used the previous year during the motion picture A Hard Day’s Night. That’s where Roger McGuinn for the first time heard the beautiful sound of the 12-string electric guitar. He decided to use it for his own music, which resulted in The Byrds’ signature jingle jangle sound. Given this inspiration, it’s perhaps not a big surprise that McGuinn ended up recording a cover of the tune. It was included on his 2004 studio record Limited Edition.

Proud Mary was written by the great John Fogerty and first released by Creedence Clearwater Revival in early 1969, both as a single and on their second studio album Bayou Country. Then in 1971, Ike & Tina Turner recorded an amazing remake. It appeared as a single and was included on the album Working Together. The cover, which became their biggest hit, is another great example of how a remake can become a completely new song.

Credited to all four members of The Doors – Jim Morrison, Robbie Krieger, John Densmore and Ray Manzarek – Light My Fire appeared on the band’s eponymous debut album from January 1967. It was also released as a single in April that year. I’ve always loved the organ part on that tune. And then there is of course the cover from José Feliciano, which as a guitarist I appreciate in particular. It appeared on 1968’s Feliciano!, his fourth studio record. Feliciano’s laid-back jazzy style to play the tune is exceptionally beautiful.

Runaway is one of my favorite early 60s pop tunes. Written by Del Shannon and keyboarder Max Crook, it was first released as a single by Shannon in February 1961. The song was also included on his debut studio album Runaway with Del Shannon, which appeared in June that year. Bonnie Raitt, who I’ve admired for many years as an exceptional guitarist and songwriter, recorded a fantastic remake for her 1977 studio album Sweet Forgiveness.  I was fortunate enough to see this amazing lady last year. She is still on top of her game!

Hard to Handle is one of the many great tunes from Otis Redding, who co-wrote it with Al Bell and Allen Jones. It was released in June 1968, six months after Redding’s untimely death at age 26 in a plane crash. In 1990, The Black Crowes recorded a fantastic rock version of the song for their debut studio album Shake Your Money Maker, scoring their first no. 1 single on the Billboard Album Rock Tracks. It is perhaps the tune’s best known cover.