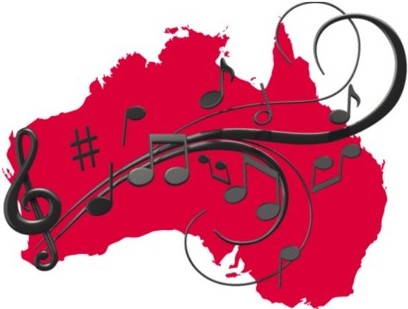 Aphoristic Album Reviews noted New Zealand could claim Crowded House, one of the bands included in part I, as their own, given founding member Neil Finn is from there but lived in Melbourne when they were formed. Moreover, with three Finns, their current line-up has a clear majority of New Zealanders. Fair points. Plus, one could add Neil Finn has been the band’s key songwriter.

I guess one could also challenge the notion that the Bee Gees, which were also highlighted in part I, are from Australia. After all, as I noted, the Gibb brothers were born in England, only lived in Australia for about nine years and didn’t become famous until after they had returned to England.

But like Crowded House, they were formed there. That’s why I included them. But I suppose, there is no perfect science behind the madness. With that being said, let’s stir up some more potential controversy!

The Easybeats were formed in Sydney in late 1964. Their founding members were Stevie Wright (lead vocals), Harry Vanda (lead guitar), George Young (rhythm guitar),  Dick Diamonde (bass) and Gordon “Snowy Fleet (drums). All came from families that had emigrated from Europe to Australia: Wright and Fleet from England, Vanda and Diamonde from the Netherlands, and Young from Scotland. I let you be a judge whether that actually makes them an English-Scottish-Dutch band. What is undisputed was their inspiration by the British Invasion. After signing with Parlophone/Albert Productions, The Easybeats released their debut single For My Woman in March 1965, which reached no. 33 in the Australian charts. The follow-on She’s So Fine, which appeared in May 1965, marked their national breakthrough, climbing to no. 2 on the domestic charts. The tune was also included on their debut album Easy that came out in September of the same year. In July 1966, The Easybeats relocated to London. A couple of months later, they recorded what became their biggest hit, Friday On My Mind. Co-written by Young and Vanda, the song was released in October that year. It topped the Australian and Dutch charts, and reached no. 6 and 16 in the UK and U.S., respectively. Following international success in 1966 and 1967, the band’s popularity declined and eventually, they broke up in October 1969. Here’s Friday On My Mind. I just love that tune!

INXS were founded as The Farriss Brothers in Sydney in 1977 by Garry Gary Beers (bass), Andrew Farriss (keyboards), Jon Farriss (drums), Tim Farriss (guitar), Michael Hutchence (lead vocals) and Kirk Pengilly (guitar, saxophone). The following year, the band started to regularly support Midnight Oil and other local bands. In September 1979, they performed for the first time as INXS, a name that been suggested by a crew member of Midnight Oil. In early 1980, INXS signed a deal with Sydney independent label Deluxe Records and released their eponymous debut album in October that year. It wasn’t until their fourth studio record The Swing from April 1984 that the band gained recognition beyond Australia. The lead single Original Sin, which was recorded in New York with Nile Rodgers and featured Daryl Hall on backing vocals, became their first hit beyond Australia. The next studio album Listen Like Thieves from October 1985 marked their international breakthrough. A series of successful records followed. After Hutchence’s suicide in November 1997, INXS relied on guest vocalists before starting to work with a series of permanent lead vocalists. In November 2012 during a concert in Perth, Australia, the band announced they would no longer tour. Their final studio album Original Sin had appeared in November 2010. Here’s Need You Tonight, one of INXS’ biggest hits and their only no. 1 on the Billboard Hot 100. Co-written by Andrew Farriss and Michael Hutchence, the song was included on their sixth studio album Kick from October 1987.

Men At Work were established in Melbourne in June 1979 by Colin (James) Hay (lead vocals, guitar) and Ron Stykert (bass), who had performed as an acoustic duo since 1978, and Jerry Speiser (drums). Soon thereafter, they were joined by Greg Ham (flute, saxophone, keyboards) and John Rees (bass). After Rees had entered, Stykert switched to lead guitar. In 1980, Men At Work self-financed their debut single Keypunch Operator, which was backed by Down Under. A slightly different version of the latter tune was included on the band’s debut album Business As Usual from November 1981 and became their biggest hit. In 1984, long-standing tensions between Hay and Speiser led to Speiser’s departure, along with Rees. Together with session musicians, Hay, Strykert and Ham recorded Men At Work’s third and final studio album Two Hearts released in April 1985. By early 1986, the band was toast and Hay started a solo career. In mid-1996, Hay and Ham brought Men At Work back together with a new lineup. They toured but did not record any new music. The band broke up a second time in 2002. Afterward, Hay and Ham periodically reunited to perform as Men At Work with guest musicians. In April 2012, Ham who had suffered from depression and anxiety over the loss of a copyright lawsuit related to his flute part in Down Under, passed away from a heart attack. Last June, Hay toured Europe with backing musicians as Men At Work. Here’s Who Can It Be Now?, the great lead single from the band’s debut record, which was written by Hay.

Midnight Oil were formed as Farm in Sydney in 1972, playing covers of Cream, Creedence Clearwater Revival and Led Zeppelin. Since the previous year Rob Hirst (drums), Andrew James (bass) and Jim Moginie (keyboards, lead guitar) had performed together. After they had placed an ad for a band member, Peter Garrett joined as their new vocalist and synthesizer player. In late 1976, the band changed their name to Midnight Oil, a reference to the Jimi Hendrix tune Burning of the Midnight Lamp. Martin Rotsey (guitar) joined in 1977 and together with their manager Gary Morris, Midnight Oil founded their own record label Powderworks. Their eponymous debut album appeared in November 1978. In 1982, they broke through in Australia and internationally with their fourth studio album 10, 9, 8, 7, 6, 5, 4, 3, 2, 1 – yep, that’s the title! In 2002, Midnight Oil disbanded following Garrett’s decision to quit the band and focus on his political career. After temporary reunions in 2005 and 2009, Midnight Oil came back together in 2016. Last year, they announced plans for new material to be released this year. I knew about Midnight Oil because of their great 1987 tune Beds Are Burning. Here’s another song I like: Blue Sky Mine, credited to of the band’s members, and appearing on their seventh studio album Blue Sky Mining from February 1990.

Little River Band were founded in Melbourne in March 1975 by Glenn Shorrock (lead vocals), Beeb Birtles (guitar, vocals), Graeham Noble (guitar, vocals) and Derek Pellicci (drums), along with session musicians Graham Davidge (lead guitar) and Dave Orams (bass). In May 1975, they signed with EMI Records and released their eponymous debut album in November that year. The record was an instant success, peaking at no. 12 in Australia and no. 80 on the Billboard 200. The excellent single It’s a Long Way There, which was my introduction to the band, became their first top 40 hit in the U.S. Little River Band remain active to this day. They have had many lineup changes over the decades, and none of their original members are still around. The band’s most recent 17th studio album Cuts Like a Diamond was released in 2013. I only know a number of Little River Band songs until their May 1986 album No Reins. I generally dig their harmony singing on these tunes, which I think is comparable to other rock bands like the Eagles, Crosby, Stills, Nash & Young, and The Doobie Brothers. Here’s Lonesome Loser, written by David Briggs, the band’s lead guitarist from 1976 until 1981. The song is the opener to their fifth studio record First Under the Wire from July 1979. It was one of six top 10 hits Little River Band scored in the U.S. on the Billboard Hot 100.