While I grudgingly agree with a recent Wall Street Journal story that the end of the rock & roll age has started, great young contemporary artists like John Mayer give me hope that not all may be lost. 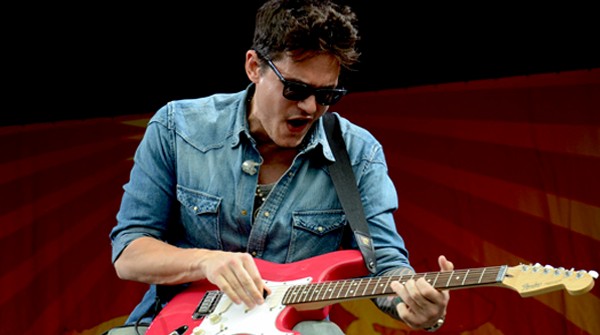 Yesterday, I found myself listening to The Search for Everything: Wave Two. It’s the second batch of songs from John Mayer’s upcoming seventh studio album. Essentially, he has been releasing the new material as EPs since January, though the next release reportedly is going to be the entire record rather than Wave Three. The Search for Everything is slated to come out April 14.

After I had enjoyed the four songs from Wave Two, I decided to pull up my John Mayer playlist in iTunes. It includes material from all of his previous six studio releases, his excellent 2008 live album Where the Light Is, as well as his cool version of rock & roll classic Route 66 from the soundtrack of the 2006 animated motion picture Cars.

As I started listening through the playlist, I was reminded what a talented singer-songwriter Mayer is. Plus, the fact Eric Clapton repeatedly invited you to perform at his Crossroads Guitar Festivals, which in addition to “Slowhand” featured giants like Buddy Guy, B.B. King, Jeff Beck and Carlos Santana,  it’s a good indication you must be a pretty decent guitarist as well. Mayer participated in four of the five festivals in 2004, 2007, 2010 and 2013.

Mayer started his recording career as a 21-year-old with the EP Inside Out, which appeared in Sep 1999. He has since become a pretty prolific recording artist with five additional EPs, six studio records and seven live albums. His discography also includes three compilation and two video albums. And, as if his solo work didn’t keep him busy enough, Mayer also formed a blues rock band in 2005, the John Mayer Trio, together with two of the finest studio musicians: bassist Pino Palladino and drummer Steve Jordan.

So what is it about John Mayer? To start with, he has a great ear for catchy melodies. There is also something very soothing about his voice, which becomes particularly apparent in quieter, acoustic-oriented tunes. Great examples are Love Soon from his first EP and Daughters from Mayor’s second studio album Heavier Things. Released in September 2003, the album debuted at no. 1 on the U.S. Billboard 200 chart, and the tune song won “Song of the Year” at the 2005 Grammy Awards.

While Mayer wrote many great songs, the standout to me is Waiting on the World to Change. From the soul grove to the lyrics, this masterpiece could have been written and performed by none other than the great Marvin Gaye. I could see it on Gaye’s 1971 gem What’s Going On. Appearing on Mayer’s 2006 third studio release Continuum, Waiting on the World to Change reached the top spot of the U.S. Billboard Adult Contemporary chart and won Best Male Pop Vocal Performance at the 2007 Grammys.

And then there is of course Mayer’s love for the blues. It doesn’t hurt he is also a gifted electric blues guitarist. One very cool example is his cover version of the Ray Charles tune I Don’t Need No Doctor from the above mentioned live album Where the Light Is. The sound of what must be a Fender Stratocaster and even his voice remind me of Stevie Ray Vaughan, one of my absolute favorite electric blues guitarists. While I do like Mayer’s more pop-oriented music, I actually wouldn’t mind, if he would focus more on the blues going forward.

The blues is an appropriate transition back to that Wall Street Journal story, which by the way is great though somewhat depressing read. Yes, I’m afraid the reporter is right: the end of the rock era as we’ve known it has begun. Defining artists like The Rolling Stones, Paul McCartney, Bob Seger, Bruce Springsteen and Tom Petty are in their seventies or not far from it – not to mention all the giants we’ve lost over the past couple of years, the latest being Mr. Rock & Roll himself, Chuck Berry.

While it is impossible for John Mayer to replace the above rock & roll giants, as long as there are young and talented music artists like him who deliver true craftsmanship, I’m carefully optimistic there is a future for great music. Here’s a nice clip of a live performance of Waiting on the World to Change.