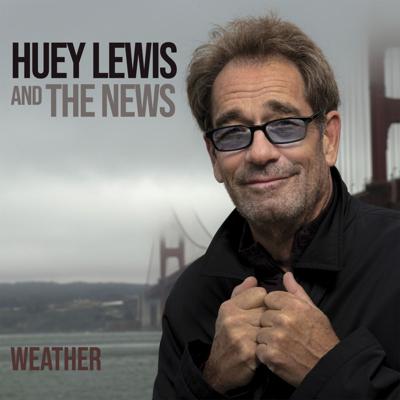 “We’ve had a little bit of weather these last couple of years, so it seemed appropriate,” commented Huey Lewis during a recent TV interview on NBC’s Today show when asked about the title of his new album with The News. “Besides,” he jokingly added, “‘Business’ didn’t ring right” – unlike Sports, the band’s best-selling third studio album from September 1983, which catapulted them to international stardom and brought them on my radar screen at the time. While undoubtedly radio-friendly pop, I think many of their songs are well-crafted, and I like them to this day.

Weather, which was released last Friday, marks the first new Huey Lewis and The News album with original material in 19 years since Plan B from July 2001. In October 2010, the band released a well-executed record of Stax soul covers. Usually, a new record with original material would be a reason to celebrate, and during the above Today interview, Lewis said they are proud of it. But the news has been a mixed bag for him over the past couple of years.

In April 2018, Lewis revealed he essentially had lost his hearing due to an inner ear condition called Ménière’s disease, which forced him to cancel all upcoming shows. While he was diagnosed with the disorder 33 years ago after he had lost 80 percent of hearing in his right ear, he continued his career, relying on his left ear. That worked well until two years ago when he lost hearing in that ear as well. 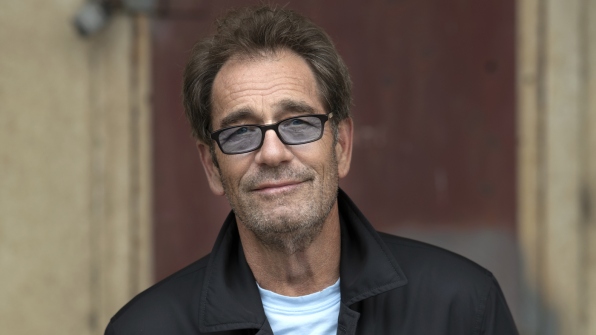 Lewis’s condition fluctuates, and with the help of a hearing aid, he has some hearing most of the time. But it hasn’t allowed him to perform since he can’t find pitch. If you’re Peter Frampton and lose your ability to play guitar due to a neurological disorder impacting the feeling in your fingers, that’s pretty bleak; but at least you can still hear. Though Frampton is a guitarist first and foremost, so perhaps it was not surprising he decided to bow out with a still-ongoing farewell tour while still being on top of his game. But losing your hearing? I can’t possibly think of a more cruel fate for a musician.

Lewis and his band had worked on Weather for quite some time. They managed to record seven tracks until he lost hearing in his left ear. All of this translates into about 26 minutes. Let’s get to some music.

Here’s the Her Love Is Killing Me, a feelgood tune you could well imagine on one of the band’s ’80s albums like Fore. In fact, it does remind me a bit of Hip to be Square. That’s not a coincidence. According to an AP story, the tune “is nearly that old, having been written back when guitarist Chris Hayes was still in the band.”

Next up: Hurry Back Baby, co-written by Lewis and News co-founding member Bill Gibson (drums, percussion, backing vocals), who remains with the band to this day. The tune’s combination of rock guitar, horns and organ make for another classic Huey Lewis and The News sound.

Remind Me Why I Love You Again is another fun tune with a good groove. The horns give it a nice soul feeling. The track is credited to Lewis, Gibson and two other News co-founding members: Johnny Colla (rhythm guitar, saxophone, backing vocals) and Hays (lead guitar, backing vocals). Like Gibson, Colla is still part of The News. Hayes left in 2000, an indication this song at least in part must have been written more than 20 years ago.

The last tune I’d like to highlight is the album’s closer One of the Boys. The track stands out for two reasons. Essentially, it’s a country song, the first I recall hearing from the band. As reported by Billboard, Lewis had been commissioned to write it for Willie Nelson. But what is really striking to me are the lyrics, especially in light of Lewis’ current condition.

Well, I remember way back when
I must’ve been 9 or 10
When I saw my very first band
Playing a little Dixieland
Yeah, I knew immediately
That’s where I wanted to be
With them boys up on the stand
Playin’ in a honky-tonk band

Well, it’s plain to see, I got my wish
And I’ve been lucky ever since then
And one day, I’m meeting my maker
I don’t know where or when
But I still love the gypsy life
Yeah, I’m still havin’ fun
And though I ain’t gettin’ any younger, I’m a
Long way from done…

In spite of everything, Lewis seems to have come to grips with his situation. “First of all, you can kind of get used to almost anything,” he told NPR. “And number two, I remind myself that there’s lots of people that are worse off than I am … I’m still, overall, a lucky guy.” The same segment and other reports I’ve seen noted Lewis did not always have such a positive attitude. Initially, he was pretty devastated over his hearing loss and considered taking his own life.

Nowadays, Lewis projects a hopeful outlook. “I’m hoping to recover my hearing so we can get the band back together and play live, but can’t right now, and I can’t tell you that I’m certain that I ever will again,” he said during the above NPR interview. “In the meantime, I’m staying as creative as I can.” This involves what has become popular among an increasing number of music artists who are in the twilight of their careers: work on a Broadway musical. In the case of Huey Lewis, it’s The Heart of Rock & Roll, with Tony Award-winning producer Hunter Arnold. He told the Today hosts they will bring it to Broadway next season. 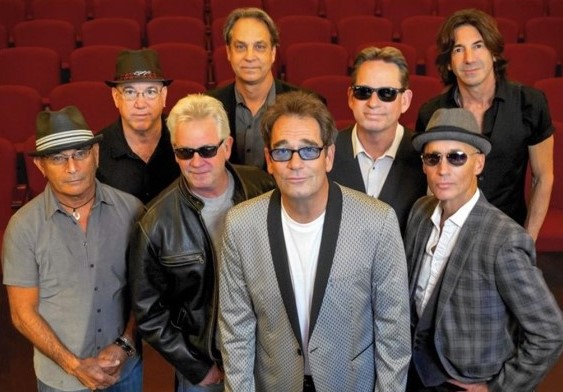 In the ’80s when I was still living in Germany, you couldn’t switch on the radio without encountering Huey Lewis And The News. By the end of that decade, I think it’s fair to say their popularity had significantly decreased. Just recently, I was reminded of the band when it was, well, back in the news, revealing a new single and their upcoming 10th studio album scheduled for next year. That announcement came after Huey Lewis revealed last April he was suffering from hearing loss as a result of Ménière’s disease. According to Wikipedia, it’s an incurable disorder of the inner ear, which leads to a variety of symptoms, including vertigo, ringing in the ears (tinnitus), hearing loss and a fullness in the ear. The condition forced Lewis to cancel all upcoming tour dates.

I started paying attention to Huey Lewis And The News when they released their third studio album Sports in September 1983. The record, which yieled four top 10 hits in the U.S. on the Billboard Hot 100, catapulted the band to international stardom. I got the album on vinyl at the time and really dug it. I like the group to this day and saw them first in the ’80s in Germany and a second time in July 2011 at a local theatre in New Brunswick, N.J. The second show was in the wake of their last studio from 2010,  Soulsville, a nice tribute to artists and music of Stax Records. The band still sounded great. I thought it would be fun putting together a playlist featuring some their songs.

I’d like to kick things off with Do You Believe In Love, the first top 10 hit for Huey Lewis And The News on the Billboard Hot 100. Written by Robert John “Mutt” Lange, it appeared on their sophomore album Picture This from January 1982.

On to the aforementioned hugely successful Sports. How successful? How about seven times Platinum! Records selling like this simply no longer exist these days. Here is the great opener The Heart of Rock & Roll. Co-written by Huey Lewis and the band’s co-founding member, guitarist and saxophone player Johnny Colla, the uptempo pop rocker showcases Colla’s nice sax chops.

Next up is The Power Of Love, which gave the band their first no. 1 on the Billboard Hot 100. Co-written by Lewis, Colla and lead guitarist Chris Hayes, it’s probably their best known song, largely because it was featured in the 1985 blockbuster motion picture Back To The Future staring Michael J. Fox. Here’s a clip with footage from the film, one of the most memorable of that decade, in my opinion.

In August 1986, Huey Lews And The News released their fourth studio album Fore! Not only did the album top the Billboard 200, but it also gave the band two additional no. 1 hits: Jacob’s Ladder and tune I’d like to feature here: Stuck With You, a co-write by Lewis and Hayes. In addition to Lewis’ lead vocals, the song nicely illustrates the News’ great harmony singing.

The band’s next album Small World from 1988 featured a full-blown horn section, giving it a nice soulful vibe. But while the record climbed into the top 20 on the Billboard 200, it wasn’t as successful as Fore! and Sports. Here’s Perfect World, a tune written by Alex Call, guitarist, vocalist and founding member of a country rock band called Clover, in which Lewis had played with Call from 1972 until 1979, prior to forming Huey Lewis And The News.

In 1993, the band recorded a beautiful a cappella cover of the Curtis Mayfield tune It’s All Right for a tribute album titled People Get Ready: A Tribute to Curtis Mayfield. It’s another impressive illustration of the News’ vocal harmony abilities. Mayfield wrote the song in 1963 and recorded it with his band The Impressions for their eponymous debut record that came out in August that year. Feel free to snip along!

For the next tune, I’d like to jump to the News’ most recent album, the aformentioned Soulsville that was released in October 2010. Here’s the band’s great take of Respect Yourself. It features gospel singer Dorothy Combs Morrison who is sharing vocals with Lewis. Co-written by Luther Ingram and Mack Rice, the song was first recorded by The Staple Singers for their 1972 album Be Altitude: Respect Yourself.

The last track I’d like to highlight is the band’s new single Her Love Is Killing Me, a nice rocker with a bluesy touch, featuring a great sounding Lewis on vocals and harmonica, the band’s first new tune in more than a decade. According to a story in the San Francisco Chronicle, the song was recorded and produced by the News at their own studio in San Rafael, Calif. In addition to Lewis, the band still includes three co-founding members: Colla, Bill Gibson (drums) and Sean Hopper (keyboards). The title and exact timing for the new album have not been announced yet.

Will fans be able to see Huey Lewis And The News on the road again? While Lewis, who is 69 years old, obviously was able to record the song and sounds well, the prospects for doing concerts look less certain. “My hearing fluctuates episodically from bad to almost deaf,” Lewis told the Chronicle. “When it’s simply ‘bad,’ with the use of my earpieces, I can hear speech. I’m hoping fluctuating is a good sign and I can improve enough to hear music and sing.” He also said, “I haven’t sung with the band in a year and 10 months.”