In Memoriam of Little Richard 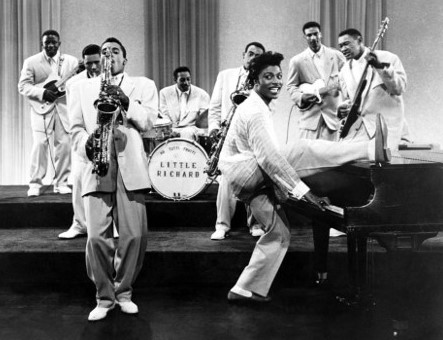 “I created rock ‘n’ roll! I’m the innovator! I’m the emancipator! I’m the architect! I am the originator! I’m the one that started it! There wasn’t anyone singing rock ‘n’ roll when I came into it. There was no rock ‘n’ roll.” No, Richard Wayne Penniman wasn’t exactly known for modest self-assessment. I think this comment he made during an interview with SFGATE.com, the website of the San Francisco Chronicle, in July 2003 also illustrates he was a showman who had a knack for memorable quotes.

I’m writing this, as the obituaries still keep pouring in for the man known as Little Richard, who passed away this morning in Tullahoma, Tenn. at the age of 87, according to The New York Times. CNN reported Richard’s former agent Dick Alen confirmed the cause of death was related to bone cancer. Apparently, Richard had not been in good health for some time. 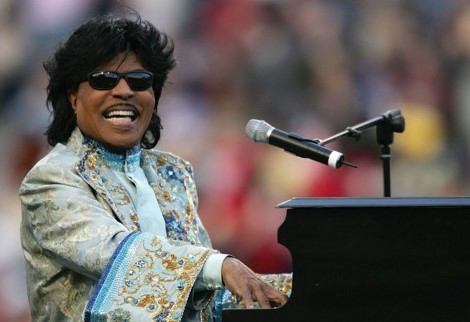 Instead of writing yet another traditional obituary, I’d like to primarily focus on what I and countless other rock & roll fans loved about Little Richard, and that’s his music. While he is sadly gone, fortunately, his music is here to stay. And there is plenty of it, so let’s get started and rock it up!

Richard’s recording career started in 1951 close to his 19th birthday when RCA Victor released Every Hour. An original composition, the soulful blues ballad doesn’t exactly sound like A-Wop-Bop-a-Loo-Bop-a-Wop-Bam-Boom!, but one already can get an idea of Richard’s vocal abilities. While tune became a regional hit, it did not break through nationally, just like the other songs Richard recorded with RCA Victor, so he left in February 1952.

Following a few lean years and a struggle with poverty, which in 1954 forced Richard to work as a dishwasher in Macon, Ga., the breakthrough came when Specialty Records released Tutti Frutti as a single in November 1955. The record company had hired songwriter Dorothy LaBostrie to replace some of Richard’s sexual lyrics with less controversial words. Not only did the classic bring Richard long-sought national success, but the loud, hard-driving sound and wild (yet somewhat tamed) lyrics also became a blueprint for many of his tunes to come.

Tutti Frutti started a series of hits and the most successful two-year phase of Richard’s career. One of my favorites is the follow-up single Long Tall Sally from March 1956. Co-written by Richard, Robert “Bumps” Blackwell and Enotris Johnson, the song became Richard’s highest-charting U.S. mainstream hit, climbing to no. 13 on the Billboard Hot 100. It also marked his first no. 1 on the Hot R&B Singles chart. Over the years, I must have listened to Long Tall Sally 100 times or even more. It still grabs me. I also dig the cover by The Beatles. Classic rock & roll doesn’t get much better.

Lucille, released in February 1957, was co-written by Richard and Albert Collins – and nope, that’s not the blues guitarist. The two just happen to share the same name. According to Wikipedia, “the song foreshadowed the rhythmic feel of 1960s rock music in several ways, including its heavy bassline and slower tempo.” Okay, I guess I take that. Lucille became Richard’s third and last no. 1 on the Hot R&B Singles. The song reached a more moderate no. 27 on the Billboard Hot 100. In the UK, on the other hand, it climbed to no. 10 on the Official Singles Chart. In addition to Richard’s vocals and piano, the horn work on this tune is just outstanding!

And then came that tour of Australia together with Gene Vincent and Eddie Cochran in October 1957 that changed Richard’s trajectory. As Rolling Stone put it in their obituary, After what he interpreted as signs – a plane engine that seemed to be on fire and a dream about the end of the world and his own damnation – Penniman gave up music in 1957 and began attending the Alabama Bible school Oakwood College, where he was eventually ordained a minister. When he finally cut another album, in 1959, the result was a gospel set called God Is Real.

After Richard left the music business, his record label Specialty Records continued to release previously recorded songs until 1960 when his contract ended and he apparently agreed to relinquish any royalties for his material. One of these tunes was another classic, Good Golly, Miss Molly. Co-written by John Marascalco and Blackwell, and first recorded in 1956, the single appeared in January 1958. It became a major hit, peaking at no. 10 and 8 in the U.S. and UK pop, charts respectively, and reaching no. 4 on the Hot R&B Singles.

Here’s the title track from the above noted 1959 album God Is Real. The tune was written by gospel music composer Kenneth Morris.

In 1962, Richard started a gradual return to secular music. While according to Rolling Stone, a new generation of music artists like The Rolling Stones and Bob Dylan welcomed him back, his music no longer sold well. When Richard performed at the Star-Club in Hamburg in the early ’60s, a then still relatively unknown British band called The Beatles opened up for him. The above Rolling Stone obituary included this quote from John Lennon: “We used to stand backstage at Hamburg’s Star-Club and watch Little Richard play…He used to read from the Bible backstage and just to hear him talk we’d sit around and listen. I still love him and he’s one of the greatest.”

In January 1967, Richard released a soul-oriented album titled The Explosive Little Richard. It was produced by his longtime friend Larry Williams and featured Johnny “Guitar” Watson. They co-wrote this tasty tune for Richard, Here’s Poor Dog (Who Can’t Wag His Own Tail). It also appeared as a single and reached no. 121 and 41 on the Billboard Hot 100 and Hot R&B Singles charts, respectively. The record didn’t chart.

While Richard enjoyed success as a live performer, his records continued to sell poorly. In April 1970, he had a short-lived comeback of sorts with Freedom Blues, a single from his album The Rill Thing released in August that year. Co-written by Richard and R&B singer Eskew Reeder, Jr., who had taught him how to play the piano, the tune reached no. 47 on the Billboard Hot 100 and peaked at no. 28 on the Hot R&B Singles.

During the remainder of the ’70s, Richard continued to perform and also had guest appearances on records by Delaney and Bonnie, Joe Walsh and Canned Heat, among others. He also became addicted to marijuana and cocaine. Eventually, his lifestyle wore him out, and in 1977, Richard quit rock & roll for the second time and returned to evangelism.

In 1984, he returned to music yet another time, feeling he could reconcile his roles as a rock & roll artist and an evangelist. Following a role in the movie picture Down and Out in Beverly Hills, Richard released another album, Lifetime Friend, in 1986. I actually got it on CD at the time. Here’s the nice opener Great Gosh A’Mighty, which Richard co-wrote with Billy Preston. Reminiscent of the old “A-Wop-Bop-a-Loo-Bop-a-Wop-Bam-Boom Richard,” the tune had also been included in the soundtrack of the aforementioned movie.

In 1992, Richard released Little Richard Meets Masayoshi Takanaka, which featured newly recorded versions of his hits. The final Little Richard album Southern Child appeared in January 2005. Originally, the record had been scheduled for release in 1972 but had been shelved. Richard continued to perform frequently through the ’90s and the first decade of the new millennium. Nerve pain in his left leg and hip replacement forced him to reduce concerts and eventually to retire in 2013.

Richard was inducted into the Rock and Roll Hall of Fame in 1986 as part of the very first group of inductees, which also included Chuck Berry, James Brown, Ray Charles, Sam Cooke, Fats Domino, The Everly Brothers, Buddy Holly, Jerry Lee Lewis and Elvis Presley. He also was inducted into the Songwriters Hall of Fame and received numerous awards. Four of his songs, Tutti Frutti (no. 43), Long Tall Sally (no. 55), Good Golly, Miss Molly (no. 94) and The Girl Can’t Help It (420), are in Rolling Stone’s list of 500 Greatest Songs of All Time from April 2010.

“So sad to hear that my old friend Little Richard has passed. There will never be another!!! He was the true spirit of Rock’n Roll!” (Keith Richards)

“He will live on always in my heart with his amazing talent and his friendship! He was one of a kind and I will miss him dearly” (Jerry Lee Lewis)

“God bless little Richard one of my all-time musical heroes. Peace and love to all his family.” (Ringo Starr)

“He was there at the beginning and showed us all how to rock and roll. He was a such a great talent and will be missed. Little Richard’s music will last forever.” (Brian Wilson)