Even though he led the band that would become Creedence Clearwater Revival, Tom Fogerty always stood in the shadow of his younger brother 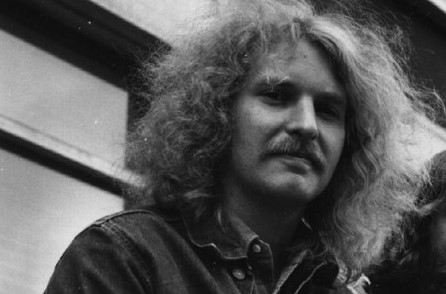 The idea for this post was triggered by a conversation with fellow blogger Badfinger20 about John Fogerty’s solo tune Rock and Roll Girls, which he covered here. When we turned to Creedence Clearwater Revival, he asked me whether I had ever heard John’s brother Tom Fogerty sing, adding they sounded so much alike. Since I actually had not, I started sampling a few songs from Tom’s eponymous debut album. Not only did I notice the vocal similarity but actually liked what I heard. So I continued. While Tom’s vocals and songs may not have been on par with John’s, I find his music pretty enjoyable and definitely feel it is underrecognized.

Before getting to a playlist with some of Tom’s music, providing some background is in order. Tom Fogerty was born on November 9, 1941 in Berkeley, Calif., about three and a half years prior to John. The brothers began playing music in high school, with each heading their own bands. After Tom’s band had broken up, John’s group The Blue Velvets started backing Tom who eventually joined them and became their leader. The Blue Velvets included future Creedence Clearwater Revival members Stu Cook (bass) and Doug Clifford (drums).

Between 1961 and 1962, The Blue Velvets recorded three singles with Tom on lead vocals. By the middle of the decade, they had changed their name to The Golliwogs – and John had started sharing lead vocal roles with Tom. In 1968, the group changed their name again, to Creedence Clearwater Revival. By that time, John had evolved to become the band’s sole lead singer and main songwriter. Tom essentially was relegated to playing rhythm guitar and singing backing vocals.

While Tom continued to write songs, only one tune ever made it onto a CCR album: Walk on the Water, which he originally had written for The Golliwogs. It was included on CCR’s eponymous debut from May 1968. Not surprisingly, Tom increasingly resented the lack of opportunity to record his songs and the dominance his younger brother exerted over the band. After CCR had finished the recording sessions for their sixth studio album Pendulum, Tom had enough and left to start a solo career.

In April 1971, he released his debut solo single Goodbye Media Man, which became one of his most successful songs relatively speaking – chart success largely eluded Tom Fogerty. His eponymous debut album came out the following year. During his lifetime, Tom had four additional solo records and, between 1976 and 1984, three albums with rock band Ruby. In 1988, Tom also recorded an album with former Ruby guitarist and keyboarder Randy Oda, Sidekicks, which wasn’t released until 1992 after Tom’s death.

While the Fogerty brothers shared the stage together with Cook and Clifford two more times after CCR had broken up – in October 1980 at the reception for Tom’s marriage to Tricia Clapper and three years later at a school reunion – sadly, they did not reconcile. There was simply too much bad blood between them. In his 2015 autobiography Fortunate Son: My Life, My Music, John claimed he had tried to reconcile with Tom, according to a published excerpt from the book in Rolling Stone. Obviously, Tom can no longer speak for himself, and I don’t want to further get into what seems to have been a very complicated relationship between the two brothers.

On September 9, 1990, Tom Fogerty passed away at the age of 48 from tuberculosis that had been brought on by AIDS. Apparently, his HIV infection was caused by a transfusion with unscreened blood, which he received when undergoing back surgery during the ’80s – sounds pretty mind-boggling! Time for some music.

Let’s kick it off with the aforementioned Walk on the Water from CCR’s 1968 eponymous debut album. This version of the tune, which initially was titled Walking on the Water when it was first recorded by The Golliwogs, was co-credited to both Fogerty brothers.

Here’s Tom’s debut solo single Goodbye Media Man from April 1971. Technically, it’s part 1. The B-side of the single featured part 2. This easily could have been a CCR tune. The use of the Hammond organ is quite reminiscent of CCR’s Pendulum album. Keyboarder Merl Saunders did a great job – nothing like a roaring B3!

This brings me to Tom’s eponymous debut album and Lady of Fatima. I really dig this tune, especially the bass work by John Kahn who like Merl Saunders frequently worked with Jerry Garcia.

In April 1974, Tom’s third album Zephyr National appeared. It actually featured contributions from all former CCR members. They even all played together on one song, aptly titled Joyful Resurrection, though John recorded his part separately from the others. While the tune was among the minor successes for Tom, I’d like to highlight the album’s soulful opener It’s Been a Good Day.

And I Love You is a great rocker from Tom’s fourth solo album Myopia from November 1974. I can hear a clear John Fogerty vibe in that guitar riff. Plus, Cook and Clifford played on the record, so it’s not surprising the tune has a CCR feel to it. Check it out!

Next up is a track from the eponymous debut album by the above mentioned Ruby, released in 1976. Other than the fact that Tom was part of that four-piece rock band, I don’t know anything about the group. The members included Randy Oda (guitar, keyboards, vocals), Anthony Davis (bass, vocals) and Bobby Cochran (drums, vocals). Here’s a nice funky tune called Running Back to Me, co-written by Oda, Fogerty and Cochran – pretty groovy with some great harmony guitar work!

Deal It Out was Tom’s final solo album released during his lifetime. It came out in 1981. Here’s the nice opener Champagne Love, which he co-wrote with Clifford. Whoever was playing slide guitar on that tune did a great job. Frankly, I could see that song on a John Fogerty album!

Let’s do one more, from Sidekicks, the posthumously released album in 1992 Tom had recorded with Randy Oda in 1988. Apparently, the two had developed a close friendship while working together in Ruby. During the recording sessions, Tom developed pneumonia and subsequently was diagnosed with AIDS. He recovered sufficiently to resume work on the album, which also features his son Jeff Fogerty on bass and backing vocals and Randy’s brother Kevin Oda on drums and percussion. It’s probably not a coincidence the sound of the record is more mellow than Tom’s previous work. Here’s We’ve Been Here Before.

As I said at the outset, while Tom Fogerty wasn’t quite as talented as his younger brother, his overall body of work is pretty solid and fun to listen to. I think Tom didn’t get the recognition he deserved during his lifetime, which is unfortunate. His torturous relationship with his younger brother is outright sad. Tom was posthumously inducted into the Rock & Roll Hall of Fame in 1993 as a member of CCR.