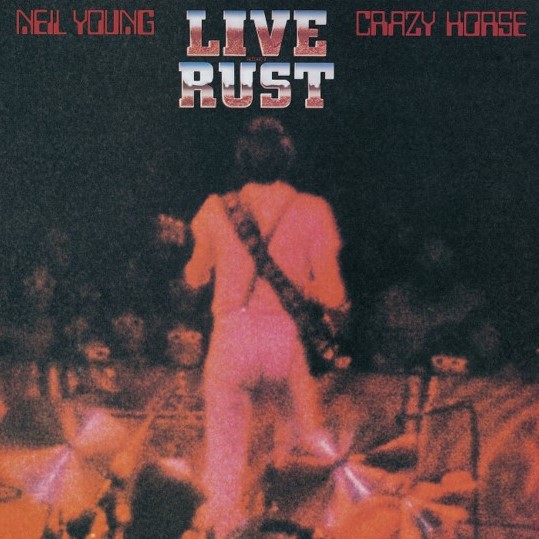 On November 14, 1979, Neil Young and Crazy Horse released Live Rust, which was my introduction to Young. I heard this live album for the first time as a 13 or 14-year-old back in Germany, after my best friend had gotten it as a double LP. With Young’s 74th birthday (November 12) and the 40th anniversary of Live Rust being just around the corner, I thought this would be a opportune moment to celebrate one of my favorite live albums by one of my longtime favorite music artists.

Before getting to this, I have to give credit where credit is due. This post was inspired by a great “Life Rust” show I saw Friday night at a local Jersey theatre. Decade, a top notch band around Neil Young tribute artist John Hathaway, played the album in its entirety and recreated scences from the companion movie Rust Never Sleeps – it was a pretty cool experience! For more on Decade and their upcoming gigs, you can check out their Facebook page. I also got a sample clip from the above show at the end of the post.

The companion film Rust Never Sleeps captured the band’s October 22, 1978 concert at Cow Palace. It was released on July 2, 1979 by Young under the pseudonym “Bernard Shakey.” There is also an album with the same title, which appeared ahead of the movie on June 22. While it is based on material recorded at Boarding House in San Francisco, the record is not a true live album, in my opinion. In addition to added overdubs, most audience noise was removed later in the studio. Time for some music from Live Rust!

I’d like to kick it off with Sugar Mountain, which like most tracks on the album was written by Young. He composed the tune on his 19th birthday (November 12, 1964) in a hotel room in Ontario after a gig with The Squires, one of his first bands. The song was initially released in February 1969 as the B-side to Young’s single The Loner.

The acoustic My My, Hey Hey (Out of the Blue) and its grungy counterpart Hey Hey, My My (Into the Black) are among the many highlights on Live Rust. Both tunes were co-written by Young and Jeff Blackburn and first appeared on the Rust Never Sleeps album. Here’s the acoustic take.

Moving on to the record’s rock section, Powderfinger is one of my favorite electric songs by Young. Like My My, Hey Hey (Out of the Blue) and Hey Hey, My My (Into the Black), the tune was intially released as part of the Rust Never Sleeps album.

Like a Hurricane is another electric tune by Young I’ve always dug. It was first included on his eighth studio album American Stars ‘n Bars from May 1977.

As noted above, the last clip for this post shall belong to Decade and their rendition of Tonight’s The Night, the final track on Live Rust. Young first recorded the tune as the title song to his sixth studio album. It’s a tribute to first Crazy Horse guitarist Danny Whitten and Bruce Berry, a Young roadie. Both died from heroin overdoses.

Neil Young is still highly productive and going strong. My thoughts on his most recent album Colorado are here.

Ten records I continue to enjoy after more than three decades

Earlier this week, I got nominated on Facebook to name 10 music albums that have made an impact on me and that I continue to enjoy today. The task was to post one album cover daily, and each time when doing so to nominate somebody else to do the same. Usually, I don’t participate in these types of chain activities, so initially, I ignored it. But since it was a close relative, who had nominated me, and music is my passion after all, I decided to go along. The exercise of identifying the 10 records inspired this post.

Because I found it impossible to limit myself to just 10 albums, I decided to narrow the field to only those records I started listening to as a teenager and in my early 20s. This explains why some of my favorite artists like The Allman Brothers Band, Buddy Guy and even The Rolling Stones are “missing.” It was only later that I started exploring them and many other artists I like today in greater detail. Without further ado, here is the list in no particular order, together with one song from each album.

As frequent readers of the blog know, I’m a huge fan of The Beatles. Sgt. Pepper’s Lonely Hearts Club Band, their 8th studio album from May 1967, is my favorite among their records. 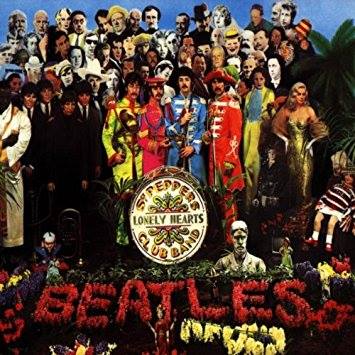 Here’s the great closer A Day In The Life, which except for the middle section was mainly written by John Lennon, though as usually was credited to him and Paul McCartney.

Tapestry by Carole King was one of the earliest albums I listened to when I was 10 years old or so. Back then, I didn’t understand the lyrics but liked the music. Today, I dig the record for both the music and the lyrics. There is a timeless beauty in King’s tunes, and to me Tapestry is perhaps the ultimate singer-songwriter record.

There are so many great songs on this gem from February 1971, so it’s hard to chose one. Here’s Way Over Yonder. King’s soulful singing and the saxophone solo are two of the tune’s features I’ve always liked.

The Eagles’ Hotel California is an album I’ve owned on vinyl since I guess the early ’80s. It was released in December 1976 as the band’s fifth studio record.

Here’s a live version of the epic title song, which is included in the album’s 40th anniversary deluxe edition that appeared in November last year. The tune was co-written by Don Felder, Don Henley and Glenn Frey. The distinct extended guitar interplay at the end featured Felder and Joe Walsh. This tune just never gets boring!

It was the Born In The U.S.A. album from June 1984, which put Bruce Springsteen on my radar screen.

Here’s Bobby Jean, one of the album’s few tunes that wasn’t also released separately as a single. On this one, I particularly love the saxophone solo by Clarence Clemons, who was such an ace player.

Here’s Pictures Of Home, which like all tracks on the album were credited to all members of the band. In addition to Lord’s great keyboard work, one of the tune’s characteristic features is a cool bass solo by Glover (starting at 3:40 minutes).

My introduction to John Mellencamp was Scaregrow, his eighth studio album from August 1995, but it was the follow-up record The Lonesome Jubilee, released in August 1987, that turned me into a fan.

Here is the great opener Paper In Fire, which also became the album’s lead single. Like all tunes except one, it was written by Mellencamp.

While it was pretty clear to me that a Pink Floyd album needed to be among my longtime top 10 records, the decision which one to pick wasn’t easy. I decided to go with The Dark Side Of The Moon but also could have gone with Wish You Were Here. I started listening to both albums at around the same time during the second half of the ’70s. 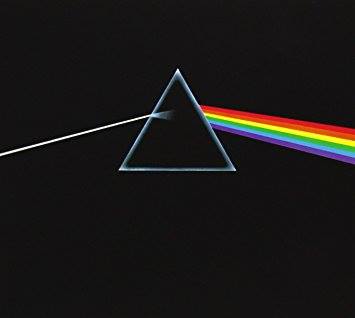 I’ve chosen to highlight The Great Gig In The Sky. I’ve always liked the incredible part by vocalist Clare Torry.

I believe the first Steely Dan song I ever heard was Do It Again on the radio. By the time I got to Aja, I already knew the band’s debut record Can’t Buy A Thrill and, because of Rikki Don’t Lose That Number, their third album Pretzel Logic. While I liked both of these records, the Aja album from September 1977 became my favorite, after a good friend had brought it to my attention. 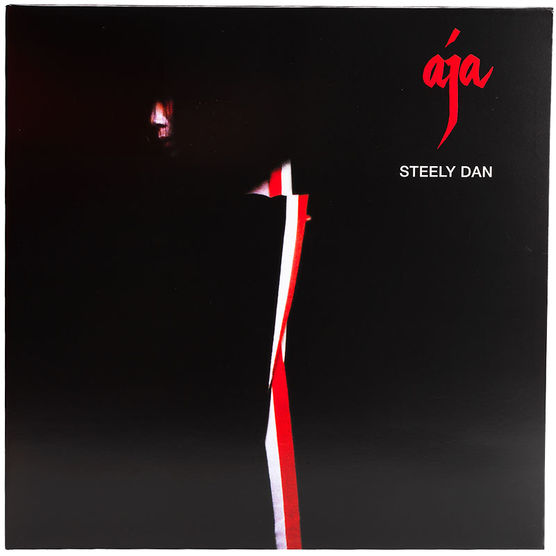 Here is Deacon Blues, which also was released separately as the album’s second single. Like all tunes on the record, it was co-written by Walter Becker and Donald Fagen.

I was hooked to Live Rust the very first time I listened to it. Neil Young’s album from November 1979 pretty much is a live compilation of his greatest ’70s hits. 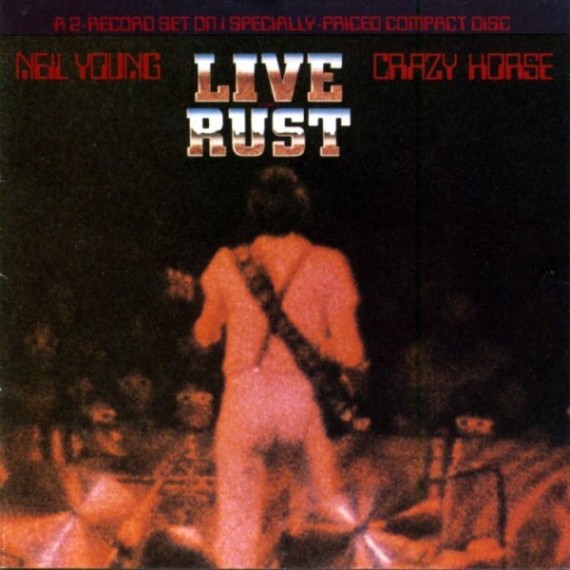 My, My, Hey, Hey (Out Of The Blue) is among the record’s highlights. The song was co-written by Young and Jeff Blackburn.

Led Zeppelin wasn’t exactly love at first sight. My first exposure was Led Zeppelin IV, the band’s fourth studio album from November 1971. I bought the record because of Stairway To Heaven. 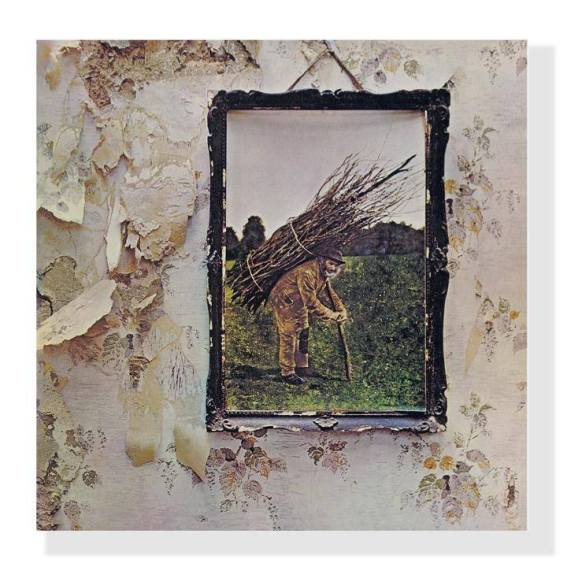 I had listened to Stairway on the radio where they always faded it out before the heavy rock section at the end of the tune. I still remember the shock when I listened to the song in its entirety for the first time. I had just started taking classic guitar lessons and was very much into acoustic guitar. I simply couldn’t understand how Zep could have “ruined” this beautiful song by giving it a heavy metal ending. Well, today it is exactly because of its build why this track has become one of my favorite tunes. But instead of Stairway, I’d like to finish this post with Going To California, a beautiful acoustic ballad co-written by Jimmy Page and Robert Plant.