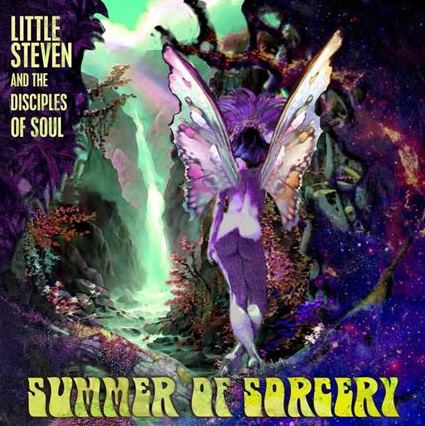 Steven Van Zandt is back in full force on Summer of Sorcery, and he’s pulling all the stops on what is his first album of new original music in 20 years. The launch activities include record release shows this evening in Los Angeles and next Wednesday in Asbury Park, N.J. Since yesterday afternoon, Van Zandt has also “taken over” SiriusXM’s Classic Vinyl (Ch. 26), where he presents vintage and classic rock tracks, as well as songs from the new album throughout the weekend. Moreover, Summer of Sorcery will be supported with an extended tour through Europe and North America.

Little Steven clearly has been reenergized as a solo artist since the May 2017 release of predecessor Soulfire and that record’s supporting tour, which was also captured on last April’s Soulfire Live! album. He cut down the time between solo record releases from almost 20 to two years – Born Again Savage, the album prior to Soulfire, came out in 1999. And why not? With Bruce Springsteen’s previous Broadway engagement and his upcoming solo album Western Stars, the timing has been perfect for the E Street Band guitarist to focus on his own music. 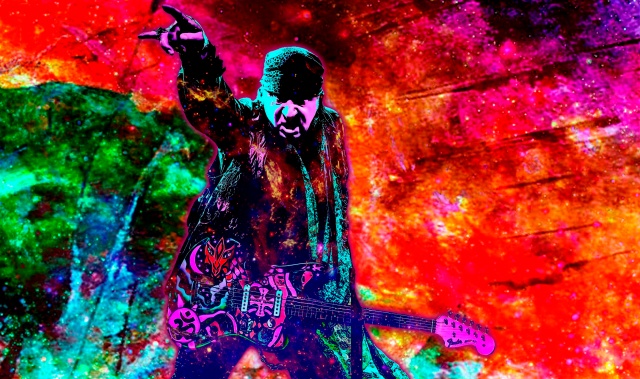 In many ways, Summer of Sorcery represents a continuation of Soulfire. On both albums, Little Steven is backed by the impressive 14-piece band The Disciples of Soul, and both releases represent a musical journey back to the ’60s and ’70s. If one music artist can pull this off, it is Van Zandt, who frequently showcases his encyclopedic knowledge of music history on his SiriusXM program Underground Garage. He also did so when I saw him and the Disciples in September 2017 during the Soulfire tour.

The key difference between the two records is that Summer of Sorcery features new original music, whereas Soulfire includes songs Van Zandt wrote or co-wrote throughout his career. Most of the tracks on Soulfire also did not appear under his name but were released by other artists, such as Southside Johnny and the Asbury Jukes, the band Van Zandt co-founded with John Lyon (“Southside Johnny”) in the mid-70s and whose first three albums he produced, and Gary U.S. Bonds. You can read more about Soulfire here. Time to get to some new music!

Here’s the opener Communion, a brassy soul rocker and one of the 10 original tunes on the album.

Next up perhaps is a bit of a surprise, at least from my perspective: a Latin song called Party Mambo! I asked my wife who is from Puerto Rico about the tune. She expressed some doubts that fellow Hispanics will like it. While it may not 100 percent authentic, I think it’s groovy.

Vortex throws in blaxploitation, a genre that Little Steven clearly seems to like. Soulfire features a cool cover of Down And Out In New York City, which James Brown first recorded for the soundtrack album of the 1973 blaxploitation crime drama Black Cesar. Unlike that tune, Vortex is an original, which sounds like an homage to Isaac Hayes’ Shaft. When I’m listening to the tune, I can literally hear the backing vocalists in Shaft.

The title of the next track I’d like to call out pretty much says it all: Soul Power Twist. Another original, the soul horns-meet rock tune could have appeared on an album by Southside Johnny and the Asbury Jukes. It has a Sam Cooke vibe to it.

How about some blues? Ask and you shall receive. Here’s I Visit The Blues.

The last tune I’d like to call out is the title track and closer. “The whole theme of the album is summed up in that song, that wizardry, that magic mixture of falling in love in the summer,” Van Zandt stated in a press release. With clocking in at over eight minutes, it’s perhaps not your typical love song.

“With this record I really wanted to travel back to a time when life was exciting, when unlimited possibilities were there every day,” Van Zandt further pointed out. “That was the feeling in the ’60s, the thrill of the unexpected coming at you. Our minds were blown every single day, one amazing thing after another, constantly lifting you up. So you kind of walked around six inches off the ground all the time, there was something that kept you buoyant in your spirit. I wanted to try and capture that first and foremost.”

Van Zandt seems to be a smart man, so I assume his above statement refers to the world of music, or he simply got carried away by excitement over his new album. The real world in America during the ’60s certainly was much more complicated, with racial segregation, the deaths of John F. Kennedy and Martin Luther King Jr. and the Vietnam War, to name some the events that happened during that period.

Summer of Sorcery, which was produced by Van Zandt and appears on Wicked Cool/UMe, is available on CD, digitally, and on vinyl as double LP on 180-gram black vinyl. There is also a limited edition double LP on 180-gram psychedelic swirl vinyl one can get exclusively via uDiscover. The album was mixed and mastered by veteran Bob Clearmountain, who has worked in various capacities with Bruce Springsteen, The Rolling Stones, Paul McCartney, David Bowie, Toto and many other top music artists.

In my opinion, Summer of Sorcery is a fun listening experience, even though it’s perhaps not quite as compelling as Soulfire. Like on that album, the production is a bit massive, but The Disciples of Soul are a hell of a band. Directionally speaking, I also agree with American Songwriter, which wrote the tracks “are often little more than revitalized riffs, melodies and rhythms of already existing songs retrofitted with new words and creative, even complex, rearrangements” – a little harsh, in my opinion. They added the album pulls out “all the stops to make this sonic smorgasbord explode out of the speakers with passion and clout.” I don’t think Van Zandt would claim the music represents anything new; in fact, I would argue it was his clear intention to pay homage to artists and music of the past, so the album’s retro sound isn’t surprising and doesn’t bother me.

As noted above, Little Steven and The Disciples of Soul are going on the road. Following the above two album release gigs in the U.S., a 19-date European tour kicks off on May 16 in Liverpool, UK. Some of the other gigs include Berlin, Germany (May 28); Stockholm, Sweden (June 1); Brussels, Belgium (June 7) and Zurich, Switzerland (June 11), before that leg wraps up on June 23 in Paris, France. This is followed by 13 North American gigs, starting on June 29 in Syracuse, N.Y. and finishing on July 28 in Annapolis, Md. Then it’s back again to Europe until the beginning of September, before the band returns to North America with four shows in Las Vegas from September 5-8. There are plenty of additional dates during that second North American leg, including Tuscon, Ariz. (Sep 15); Austin, Texas (Sep 29); Birmingham, Ala. (Oct 3); Chicago (Oct 23); and New York City (Nov 6), the last listed gig. The current tour schedule is included in the above press release.