Down on the Boulevard is Irish guitarist’s sixth solo album

Call me a happy camper. Gerry Lane is the second great artist I just “discovered” and write about during the same weekend. Like Minimum Vital, which I covered in my previous post, Lane popped up in the same “New Music Mix” my streaming provider served up yesterday. And like the French progressive rock band, Lane also doesn’t have a Wikipedia page, even though he has been active since 1970 and played with Noel Redding (yep, that bassist from the Jimi Hendrix Experience) and Gary Moore, among others. What’s up with that?

According to his website, Lane was born in West Cork, Southern Ireland. His first instrument was a button key accordion. He later progressed to guitar, and during his early teens he played in the family pub with whoever the visiting musician was. He played in many bands in the West Cork area, one of the most successful being a band called “SOUTHERN COMFORT”…

While in that band he met Noel Redding (Ex Bass player with the Jimi Hendrix Experience). Gerry and Noel played together in various bands around Southern Ireland. During the late 70’s Gerry played the showband circuit in Ireland and England with bands like, Stage 2, Tony Stevens Band and Discovery…In 1980 Gerry formed a band called ” DRIVESHAFT “. With that band he toured extensively in Ireland and England playing headline gigs…and supporting visiting international acts like: Rory Gallagher (also from Cork Ireland), Phil Lynott’s Grand Slam, ZZ Top, Def Leppard, Saxon and the Michael Schenker Group.

In 1983 Gerry moved to England and while living in London he got to work and record with Gary Moore, Cozy Powell (ex-Rainbow / Whitesnake / Jeff Beck / Black Sabbath), Neil Murray (ex-Bass player with Whitesnake / Brian May Band), John Sinclair (Keyboard player with Ozzy Osbourne / Uriah Heep)…In 1993 Gerry moved to the Canary Islands (Gran Canaria) where he now lives and works.

The singer-songwriter’s and producer’s vocal influences include Joe Cocker, Tony Joe White, Jimmy Barnes and Bob Seger. Lane’s website also notes Eric Clapton, Mark Knopfler, Rory Gallagher, BB King and Buddy Guy as guitarists who have influenced him. When it comes to songwriting, he cites Tony Joe White, Keb’ Mo’, Mark Knopfler, John Hiatt and Bob Seger. Okay, you might say, any music artist can name famous peers. At the end of the day what truly matters is the music. And the music on this album is a lot fun to listen to, so let’s finally get to some of it.

Here’s the title song and opener. Like all of the 10 tracks on the album, it was written by Lane. Down on the Boulevard also includes a new version of Meloneras Blues, the title track from what appears to be his solo debut from 2008. Check it out!

The album’s second track Kick off them Shoes has a cool blues and Stax soul vibe. It reminds me a bit of Cocker’s You Can Leave Your Hat On. This is some tasty shit!

Track no. 3 is called Cryin’ in the Rain. When the first three songs of an album are great, usually, it’s a good sign. Just like the previous tune, I dig the soulful vibe.

The Writing’s on the Wall features some nice slide guitar action.

Let’s finish things up with another tasty rocker: Solid as a Rock. With that cool guitar riff and sound, I could actually picture this as an AC/DC song. And guess what? It turns out the tune is a tribute to rhythm guitarist Malcolm Young, as the notes to the following clip point out.

Earlier this week, a post from fellow music blogger hotfox63 reminded me of Joe Cocker and made me go back and listen to some of his music, which I had not done in a long time. I’ve always liked the English singer for his distinct rough voice and excellent covers, especially With A Little Help From My Friends. Cocker truly made the tune his own; in fact, I prefer it over the original by The Beatles, and I say this as a huge fan of The Fab Four. From my rediscovery of Cocker it was only a small step to put together this post and playlist.

Cocker was born as John Robert Cocker on May 20, 1944 in the old British steel town of Sheffield, England. While growing up there, his key musical influences were Ray Charles and “skiffle king” Lonnie Donegan. At the age of 16, Cocker co-founded his first band The Cavaliers, together with three friends. Following the group’s break-up, he adopted the stage name Vance Arnold and performed with a new band called Vance Arnold and the Avengers. They mostly played at local pubs in Sheffield, focusing on Chuck Berry and Ray Charles tunes. In 1963, the band opened for The Rolling Stones at Sheffield City Hall. 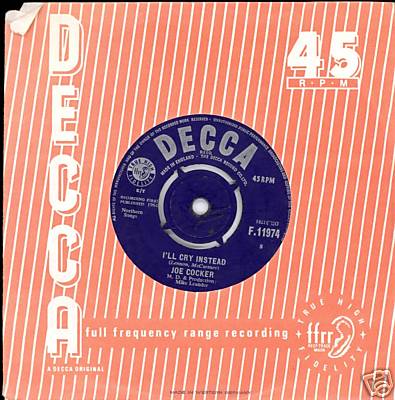 In 1964, Cocker got his first record contract with Decca and released his debut single, a cover of The Beatles song I’ll Cry Instead. One of the backing musicians on that recording was a then 20-year-old session guitarist called Jimmy Page. Despite vigorous promotion by Decca, the single was a flop. After the setback, Cocker dropped his stage name and formed Joe Cocker’s Blues Band. The group was short-lived and Cocker took a one-year hiatus from music. In 1966, he re-emerged and together with session musician Chris Stainton formed The Grease Band. That group came to the attention of producer Denny Cordell.

Cordell, who worked with Procol Harum and The Moody Blues, among others, secured Cocker a residency at London’s Marquee Club, where he performed with a revamped lineup of The Grease Band. Cocker’s breakthrough came in October 1968 when he released his cover of With A Little Help From My Friends. Among others, the recording featured Procul Harum drummer B.J. Wilson, session keyboarder Tommy Eyre and guitar work from Page. The tune hit no. 1 on the UK Singles Chart on November 9, 1968. 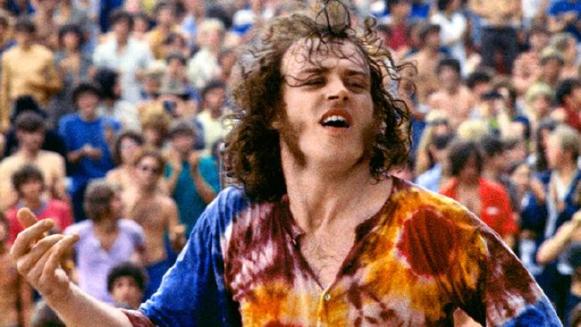 With A Little Help From My Friends also became the title track of Cocker’s debut album, which appeared in May 1969, three months prior to his acclaimed performance at Woodstock. Over a 40-year-plus recording career, he went on to release 21 additional studio records. Cocker’s discography also includes 11 live albums and numerous compilations. On December 22, 2014, he passed away from lung cancer at the age of 70. Time to get to some music!

Kicking off this playlist is Cocker’s first single I’ll Cry Instead. I just totally dig this cover, especially the double bass, and similar to With A Little Help From My Friends like it better than the original.

Next up: The mesmerizing performance of With A Little Help From My Friends at Woodstock.

She Came In Through The Bathroom Window is another excellent Beatles cover. Cocker recorded it on his sophomore album Joe Jocker! which appeared in November 1969.

In August 1974, Cocker released his forth studio album I Can Stand A Little Rain. It was produced by Jim Price, who had previously been a trumpet player in Cocker’s touring band. Here is I Get Mad, a co-write by Cocker and Price with a nice soul grove. I Can Stand A Little Rain became Cocker’s highest-charting album of the 70s in the U.S., peaking at no. 11 on the Billboard 200.

By 1976, Cocker was highly indebted and struggling with alcoholism. In April that year, he released Stingray, his final album for A&M Records. It includes the excellent slow blues Catfish, which was co-written by Bob Dylan and Jacques Levy.

Next up: Seven Days, another outstanding cover of a Dylan tune, appearing on Sheffield Steel. Cocker’s eighth studio album from May 1982 is a gem in his catalog. Here’s a nice live version of the track, captured during an August 1993 show in Germany, which I recall watching on TV at the time.

In April 1986, Cocker’s 10th studio album Cocker appeared. Fueled by the hit singles You Can Leave Your Hat On and Don’t You Love Me Anymore, it became a major success.  Here is You Can Leave Your Hat On, which was written by Randy Newman and initially became popular after its use in the steamy motion picture 9 1/2 Weeks. I love the horns and honky tonk style piano in this tune.

Have A Little Faith In Me is the title track of Cocker’s 14th studio album released in September 1994. This beautiful tune was written by John Hiatt. The gospel choir is one of the song’s outstanding features.

Cocker’s 17th studio album No Ordinary World appeared in Europe and the U.S. in September 1999 and August 2000, respectively. One of standouts is a great version of the Leonard Cohen tune First We Take Manhattan. Originally, the song was recorded by Jennifer Warnes on her 1986 Cohen tribute album Famous Blue Raincoat. In July 1982, Cocker and Warnes had recorded the chart-topping ballad Up Where We Belong, which was part of the soundtrack to the film An Officer And A Gentleman.

I’d like to conclude this playlist with the title track from Cocker’s 18th studio album Respect Yourself released in July 2002. The song was co-written by Stax recording artists Luther Ingram and Stax house songwriter Mack Rice, and first recorded by The Staple Singers in 1971. Here is a great live version of Cocker’s rendition during a 2002 concert in Germany.

Cocker was ranked at no. 97 on Rolling Stone’s 2010 list of 100 Greatest Singers of All Time. “He brought Ray Charles to the mix as an influence on rock & roll,” said Steve Van Zandt in the accompanying narrative.