When I included the latest single by Yola in my last Best of What’s New installment, I noticed her first full-length solo album Walk Through Fire received many accolades. Since the strong voice of the English singer-songwriter immediately grabbed me, I checked it out and have to say it’s a true gem, both musically and in terms of her vocal performance.

Getting to that point wasn’t exactly an easy path for Yola who was born as Yolanda Quartey in 1983 in Bristol, England. According to this review in Popmatters, Yola had a tough childhood characterized by poverty and a parent who didn’t care for her and banned music. Later she lived homeless in London for some time before establishing herself as a session singer and touring with acts like DJ collective Bugz in the Attic and electronic music outfit Massive Attack.

In 2005, she co-founded country-soul band Phantom Limb and recorded two studio albums and a live record with them. But ultimately, as her artist profile in Apple Music notes, Yola felt the need to strike out on her own. Over the next few years, she started writing her own songs that were influenced by Muscle Shoals era country-soul, R&B and classic singer-songwriter style. In 2016, she released her debut EP Orphan Offering under the name of Yola Carter.

Eventually, Yola went to Nashville where she met Dan Auerbach after he had seen a video of her. Apparently, Auerbach was immediately impressed by her. “Her spirit fills the room, just like her voice,” he reportedly said. “She has the ability to sing in a full roar or barely a whisper and that is a true gift.” Auerbach teamed up with Yola to co-write songs, together with other writers, including Bobby Wood, Pat McLaughlin and Dan Penn.

Auerbach also assembled an impressive group of seasoned studio musicians, including Dave Roe (bass), who played with Johnny Cash and John Mellencamp, among others; harmonica player Charlie McCoy (credits include Elvis Presley, Dolly Parton, Bob Dylan, etc.) and drummer Gene Crisman, who together with Bobby Wood was a member of the Memphis Boys. They were the house band of American Sound Studio in Memphis, Tenn. where artists like Elvis, Wilson Pickett, Aretha Franklin and Dusty Springfield recorded. Auerbach also produced Walk Through Fire, which appeared in February 2019 on his Easy Eye Sound label.

With all of the above, it’s not surprising the album has a retro late ’60s sound. This is also matched by the cover. And yet, to me, Walk Through Fire feels like an album that will hold up well over time. It simply is a work of beauty. Let’s get to some music.

Here’s the opener Faraway Look. The track was co-written by Auerbach, McLaughin and Yola. BTW, McLaughlin’s compositions have been performed by artists like Bonnie Raitt, Alan Jackson, Taj Mahal and Al Kooper, among others. Sure, the production might be a bit on the lush side, but this is just a beautiful tune.

Ride Out in the Country is another great track. The song was co-written by Auerbach, Yola and Joe Allen. Allen is a county songwriter and bassist who since the early ’70s has worked with the likes of Loretta Lynn, Merle Haggard, Waylon Jennings and Johnny Cash.

Next up is the title track, which according to Wikipedia references both a fire that damaged Yola’s home and an abusive relationship from which she escaped. The tune was co-written by Auerbach, Yola and Dan Penn. Penn has co-written many soul hits of the ’60s, including The Dark End of the Street and Do Right Woman, Do Right Man and Cry Like a Baby.

Rock Me Gently is my current favorite on the album. It’s another Auerbach-Allen-Yola co-write.

Let’s do one more: Love All Night (Work All Day), co-credited to Wood, Auerbach and Yola.

At age 37, Yola still is relatively young. I look forward to much more great music from this talented songwriter and vocalist. 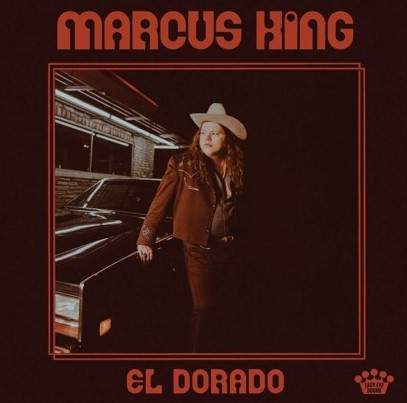 Two weeks ago, I blogged about Playing For Change and that organization’s incredible videos produced with musicians from all over the world, covering well-known songs. One of the clips I highlighted was The Weight, featuring Robbie Robertson, Ringo Starr and professional musicians from eight other countries. The first thing I thought was, ‘how cool is it that Robertson and Starr are in the video. My second thought: ‘The young dude playing guitar and singing is killing it on vocals with his soulful voice. That guitarist was 23-year-old Marcus King. Earlier today, I listened to his solo debut album El Dorado and have to say I’m pretty blown away!

King who hails from Greenville, S.C. is not a newcomer. In fact, he has performed for a whopping 15 years! After beginning to play guitar at a very young age, already as an eight-year-old he started to be on stage with his father Marvin King, a professional blues guitarist. In 2013, as a 15-year-old, he formed the Marcus King Band. In October 2015, their debut album Soul Insight appeared. They have since released two additional records and two EPs. El Dorado, which came out on January 17 this year, was produced by Dan Auerbach of the Black Keys. Let’s get to some music!

The Well, a nice blues rocker that’s right up my alley, was co-written by King, Auerbach and Ronnie Bowman, a bluegrass vocalist and songwriter. I dig the main guitar riff and sound of that tune. Check it out!

Next up is Wildflowers & Wine, another co-write by King, Auerbach and Bowman. I really find it impressive how much soul the 23-year-old has in his vocals. That’s three great songs in a row, which already make it worthwhile to listen to this album.

There’s more. How about some country? Ask and you shall receive. Here’s Sweet Mariona, yet another tune co-written by King, Auerbach and Bowman. Listen to that sweet-sounding pedal steel guitar!

Another soul gem with a dose of country flair is Beautiful Stranger. I also love the gospel type backing vocals. To write this song King and Auerbach teamed up with country singer-songwriter Paul Overstreet.

The last track I’d like to call out is Too Much Whiskey, another co-write by King, Auerbach and Overstreet. It’s a great mix of blues and country.

Deservedly, El Dorado has received great reviews. Rolling Stone called it “excellent” and King “one of the most exciting guitarists to break through in years.” NPR’s rock critic Ken Tucker characterized the record as “a real beauty — and a turning-point for King.” Last but not least, Spill Magazine opined the album is a “musical masterpiece.”

King seems to be happy with the result as well, as he should be. “I’m really proud of it,” he told Rolling Stone. And what did Auerbach, who has produced for other artists like Dr. John, Ray LaMontagne and The Pretenders, have to add? “It’s staggering how good he is, how crazy-good his vocals are, how he can go anywhere on guitar.” I think that nicely sums up my sentiments.